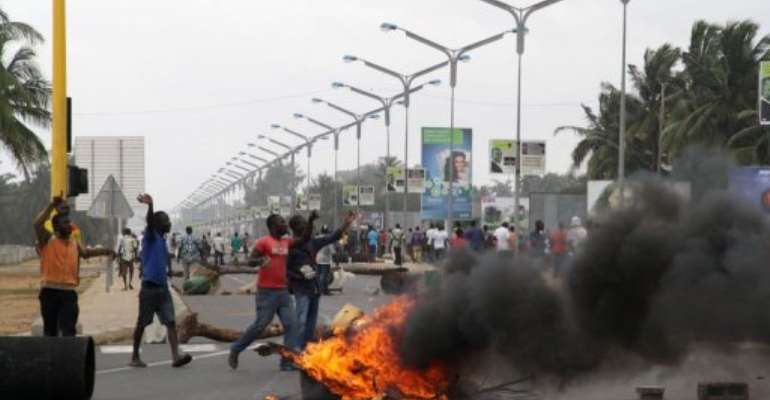 LOME (AFP) - Thousands of opposition supporters marched through Lome on Saturday but faced no resistance from security services, after two days of rallies earlier this week when protesters and officers clashed.

The opposition coalition Let's Save Togo, which has organised several recent protests, said more than 100 people were wounded and 125 arrested during the rallies on Tuesday and Wednesday that the authorities dispersed with tear gas.

Coalition supporters began their Saturday march in the capital's Be Kpota neighbourhood and were watched over by the security services as they moved towards a city beach.

The march ended without incident, an AFP reporter said.

Officials had previously instructed Let's Save Togo to give notice ahead of any protest, but a coalition member said no formal warning was given before the Saturday rally.

"Through this march, we want to show the illegitimate authorities that we no longer respect the law," coalition member Pedro Amuzu said.

The group's coordinator, Zeus Ajavon, on Thursday called for an end to President Faure Gnassingbe's government and urged Togolese to "disobey and organise".

Amuzu said the coalition would continue its campaign of civil disobedience because Togo was experiencing a "permanent takeover by force".

"In the coming days, we will not inform anybody before organising our marches," he said.