Mahama/Amissah-Arthur are "spare tyres" that must be changed - NPP 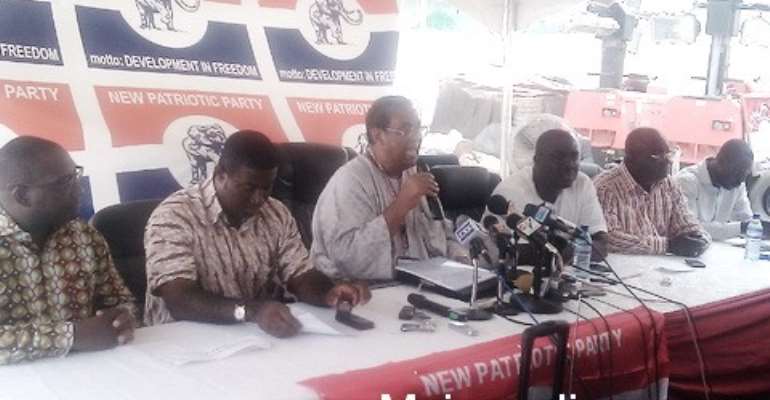 The opposition New Patriotic Party says President John Mahama and Vice President Amissah Arthur should be held responsible for what they describe as the poor state of Ghana's economy.

Addressing a news conference at the party's headquarters on Tuesday, NPP Chairman Jake Obestebi Lamptey, said “John Mahama led the Economic Management Team with now Vice President, Amissah-Arthur in charge of monetary policy as governor of the Bank of Ghana; the same team that failed to deliver on the most important thing in our lives,the economy, are the same team who are in charge now”.

The NPP Chairman said President John Mahama and Vice-President Amissah-Arthur are responsible for the economic hardship that Ghanaians are suffering.

Jake Obetsebi-Lamptey stated that the Mahama/Amissah-Arthur “uninspiring caretaker team” has nothing new to offer Ghanaians.

He alluded to the NDC pair as “spare tyres” that should be changed by Ghanaians during the upcoming general elections.