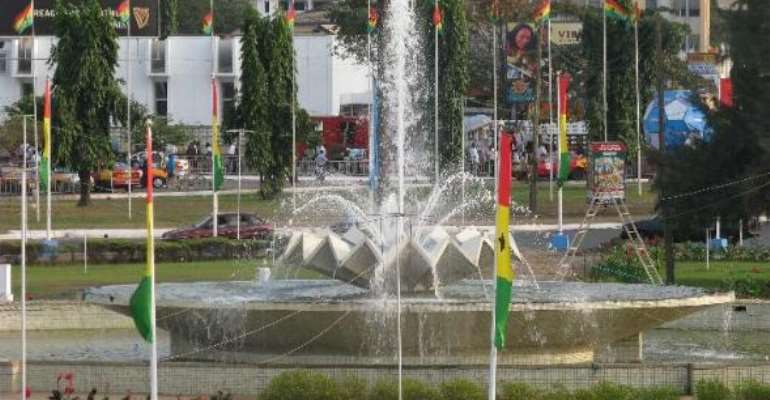 Accra, Aug. 8, GNA - The usual hustle and bustle at the Kwame Nkrumah Circle in Accra was absent on Wednesday as the nation began the official funeral ceremony of the late President John Evans Atta Mills.

Most traders at the traffic lights who usually sold on the streets were seen selling red bands , photographs of the late President Mills and other funeral paraphernalia.

Most of them also wore black or red clothing, with red bands tied around their wrists, necks or head.

The usual vehicular traffic that characterised the Nkrumah Circle was also absent while some people gathered in small groups around shops that had television sets to watch the event which was being telecast live.

On the North Kaneshie – Melcom road people stood in small groups discussing the funeral while many also gathered around shops with television sets to be update themselves with the proceedings at the State House.

Most of the street hawkers between the Asylum Down traffic light and the National Theatre who sold assorted goods on normal days, were selling strips of the red bands at one Ghana Cedi, as those were in high demand on this occasion.