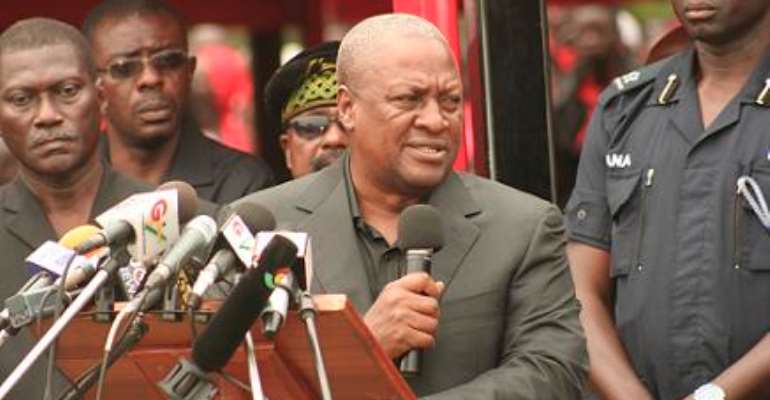 From David Allan Paintsil, Cape Coast
The Central Regional Executive members of the National Democratic Congress (NDC) have pledged their unflinching support for the President John Dramani Mahama in the December 7, 2012, general elections.

In a statement signed by the Regional Chairman, Mr. Samuel Adu-Yeboah on Tuesday, he congratulated President Mahama on assuming the high office in the country and wished him well in his new office.

The statement went on to say that the NDC appreciated the nomination of Mr. Amissah-Arthur, which was well received by the majority of the people in the area, to work together with him to continue the legacy of late President John Evans Atta Mills.

It said since the new Vice President is a backbone of the NDC in the region, they were going to work very hard for President Mahama and Vice President Amissah Arthur to win massively in the impending elections.