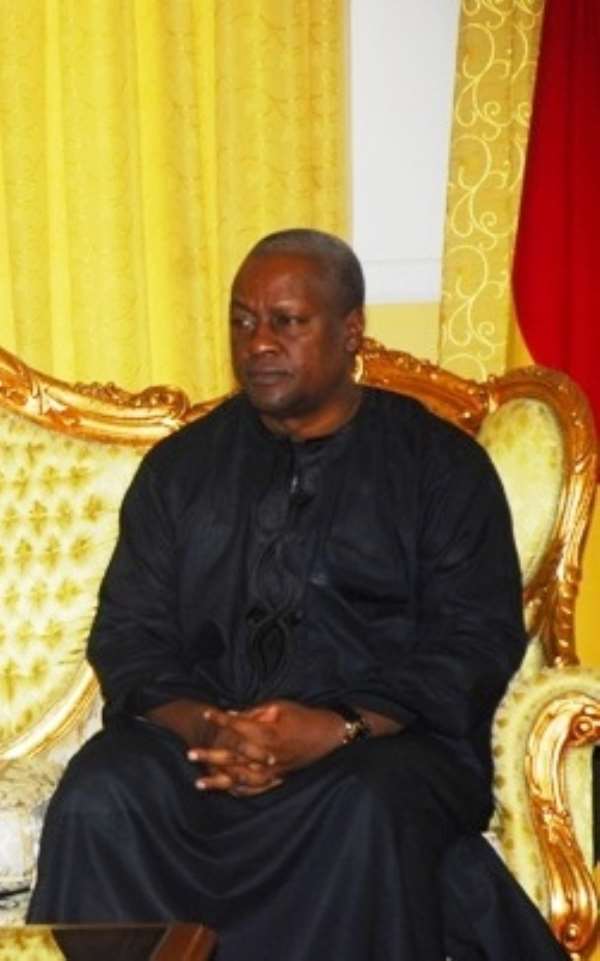 Accra, July 30, GNA- President John Dramani Mahama on Monday gave the assurance that he would take advantage of the opportunity offered him to lead the country and provide an inclusive government that would unite Ghanaians better than ever.

He gave the assurance, when Shaka Ssali, the renowned host of VOA –Straight Talk, Africa, Programme, called on him at the Osu Castle, Accra, to commiserate with him on the death of President John Evans Atta Mills last Tuesday at the 37th Military Hospital.

He said: “The event of last week was so shocking that I do not want to revisit it…, but God knows why that has happened so.”

Shaka Ssali, who was at the Osu Castle with his colleague journalists, was there to empathize with President Mahama and to do a documentary on Ghana for other countries to learn from.

President Mahama said the only legacy his administration could leave for the late President was to effectively pursue some of his development programmes and patch up all the cracks that had bedeviled the country in the past.

The celebrated journalist said he was initially scheduled to take an award from the Radio and Television Awards, in Accra, Ghana, but that had to be re-scheduled on account of the death of the late President, adding, “I have, therefore taken advantage to visit President Mahama and later do a documentary on the country, Ghana, for others to see.”

He encouraged all people placed in offices of responsibility to do what they were capable of doing in order to leave useful legacies for their people before they are called by their makers.

“What I know and have learnt is that Ghanaians are so united and will definitely get out of this mood as soon as possible,” Shaka Ssali said.