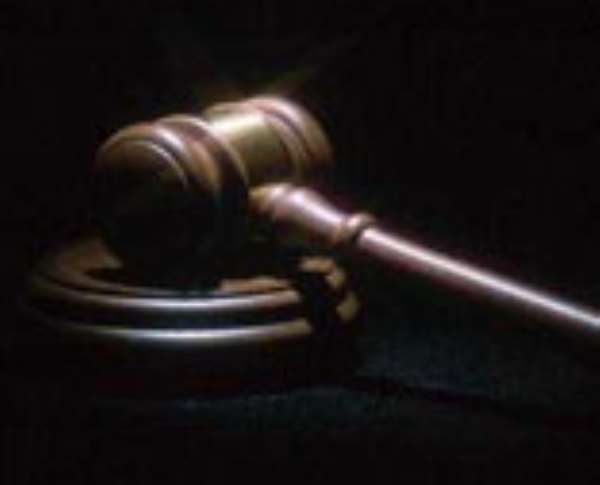 Cape Coast, July 23, GNA - A twenty-one-year old farmer, Yaw Appiah, was on Monday remanded into Prison custody by a Cape Coast Magistrate Court for allegedly murdering one Kwesi Osre at Ekumfi Eyisam in the Central Region.

His plea was not taken and he is to reappear in court on Wednesday, August 1.

Prosecuting, Chief Inspector Francis Ockom told the court presided over by Mr. Kwame Ohemeng-Mensah that the docket on the case had been forwarded to the Attorney-General's office for advice.

Chief Inspector Ockom said both Appiah and the deceased lived at Ekumfi Eyisam and that on Friday, July 6 at about 0800hrs they both went on a group hunting expedition with three other men.

He said in the process of hunting, Appiah mistook Osre for game and shot him. He died while being rushed to the Saltpond Hospital.

Chief Inspector Ockom said the incident was reported to the Saltpond Police and that the body of the deceased had been deposited at the Saltpond Hospital morgue for autopsy.