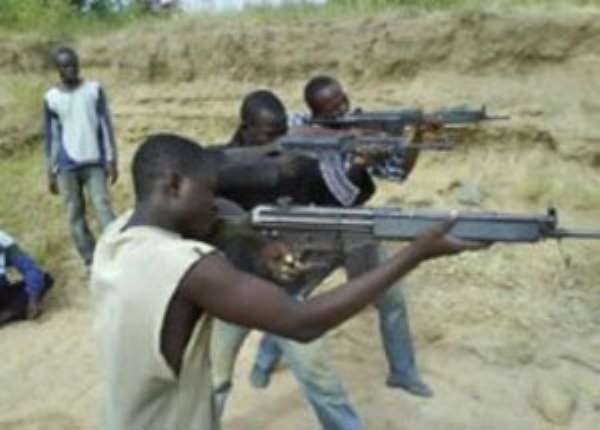 The queenmother of Akim Kotoku Traditional Area, Nana Akua Asantewaah III has advocated quick and immediate execution of convicts on death roll in the country's prisons.

She observed that almost all the convicts serving death sentences were armed robbers, who had one way or the other deliberately murdered their victims during their operations, and they did not deserve to live.

Nana Asantewaah was contributing to a discussion at a media engagement on the report of the Constitution Review Commission (CRC) and the government white paper on the report, in Kumasi on Saturday.

The Ministry of Information organized the two-day media engagement, which was attended by more than 100 media practitioners drawn from Ashanti, Brong-Ahafo and Eastern Regions.

Nana Asantewaah, who said she was recently attacked by armed robbers at her residence at gun point, added that 'there is no justification to entertain murderers in society after they have been sentenced to death'.

She said though people sometimes commit manslaughter, 'armed robbers and ritual murderers have no excuse for their killings, and they should also be killed to deter like-minded others'.

Nana Asantewaah said the rate at which armed robbery was gaining prominent in the country needed a radical approach.

Dr. Raymond Akongburo Atuguba, Executive Secretary of the CRC, noted that since the 1992 Constitution came into effect in 1993, no convict on death roll had been executed.

The Executive Secretary expressed concern about few lapses in the country's judicial processes, and said he was optimistic that the system would be strengthened for effective rule of law to operate.