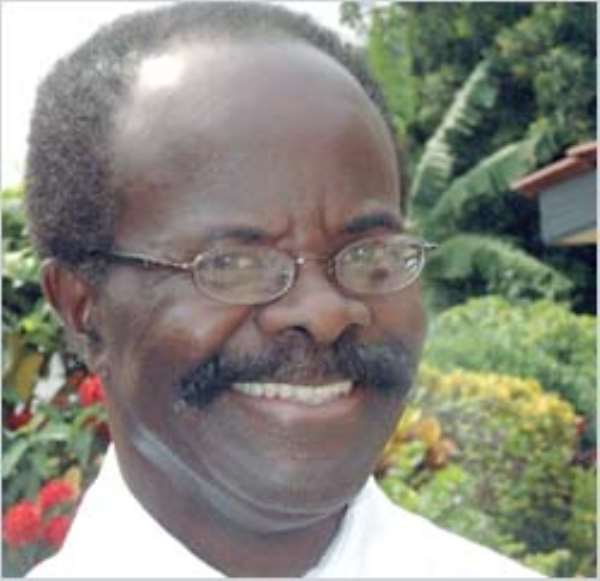 Yes, I am running for political office, but some issues are so dire that we must come together to find solutions with a sense of urgency regardless of our political preference. This statement contains five concrete proposals that can be enacted BEFORE the December 7th Elections if we all come together to demand change NOW.

The abuse of judgment debt has become a true national crisis without equal in the life of our Republic. It is a disease that has affected the presidency, public servants of all type and the private sector. The results are a massive waste of the public's scarce financial resources, open collusion to steal and unimaginable corruption. We need to purge the kleptocratic elements that have crept into the body politic particularly within the NDC and NPP – though not everyone in those two parties is at fault. This get-rich-quick-by-any-means-possible mentality has infected the youth, the public service and made our people skeptical about anybody and anything political. So much so that we are in danger of the ballot box becoming irrelevant and our democracy illegitimate. Indeed, many are asking, why should they vote – a lot of the educated, professional and knowledgeable in our society have already stopped voting. Many of those who vote look upon it as an event and an opportunity to demand an instant reward in cash and materials with the knowledge that their vote will not fetch them anything good during a presidential term of office. If we do not all join together to halt this decay, our dear country can become a failed state and/or a chronic underachiever. In the Fourth Republic, judgment debts and negotiated settlements have become a fiendish art and a path to riches for those with the right contacts in government.

I gave seven and a half of my productive adult years to serve my nation as a minister of state. I am not perfect as I am human. But I did my best to avoid corrupt acts. I engaged the services of a highly respected lawyer as a trustee to watch over my private businesses while I served in government. I worked hard to complete projects and initiatives so that I could leave tangible results. Personally, I am angry that while I and some colleagues were serving the people, others were taking care of their personal interests and serving themselves and still others were acting with impunity thus setting the stage for so-called judgment debts to arise later. During the NDC 1 and 2 Administrations I was witness to callous acts against business people and “successful-looking” people some of which resulted in negotiated settlements and judgment debts. I was a victim of high-handedness and can still today take action for wrongful termination of consultancy contracts and non-payment of legitimate invoices. I know first-hand that political colouring and insensitivity in the actions of public officials can cost the nation dearly.

But my duty as a citizen of this nation demands that I rise above my personal quarrels and anger and channel my energies into a positive force for change. I cannot give up on my country.

Over the years, I have offered suggestions, well-documented, to strengthen state institutions and improve our national life. I cannot sit by unconcerned and just campaign to become President of our Republic while the rot continues. So despite the upcoming elections I have some suggestions to offer that I believe will help fix our broken system if we raise our voices and demand these changes NOW:

1. Turn the Office of Attorney-General into an Independent Prosecutor's Office separate from the Ministry of Justice so that that Office is removed from the negative influence of partisan politics.

2. Separate the Legislature (Parliament) from the Executive (Presidency) so that effective checks and balance can occur.

3. Set up a non-partisan National Commission to examine all judgment debt claims and settlements in the Fourth Republic with the aim to prepare recommendations to drastically reduce the incidence of negotiated settlements and judgment debts.

4. Remove the “hand” of the Executive (Presidency) from the metropolitan, municipal and district assemblies and take away the opportunity for partisan patronage from the center.

5. Establish a Ministry of Public Service to continuously seek improvement in the way work is done and take steps to strengthen public institutions.

Everyone has a voice. Talk to your co-workers and family members about these issues. If a member of a political party comes to your area to campaign, ask them what they will do to solve these problems. Ask them if their party will commit to working towards making these changes to our political system. We can make the end of corruption in the Fourth Republic a reality if we demand firm commitments to make these changes from ALL political parties seeking the Presidency.

I believe in making a personal commitment to change. I will continue to seek personal financial gain through hard work in the private sector and look upon the public service as a temporary, voluntary activity to give time and effort in the national interest for the benefit of all Ghanaians. Whether I get the opportunity to be in government or not, I will dedicate the rest of my life to fighting corruption, incompetence and indiscipline in our society.

I believe that the PPP's commitment to incorruptible leadership is timely, appropriate and necessary given our recent experience. I support it fully. I said these words below when we launched this new political venture early this year and if I get the opportunity to serve as the President of the Republic of Ghana I will put them into action with an unprecedented sense of urgency:

“The PPP wants the opportunity to implement an Agenda for Change that is built on four pillars - Stewardship, Education, Healthcare and Jobs. We will implement the Agenda using the spirit of inclusiveness that will enable us to use the best Ghanaians; full participation of women and the youth; and above all a leadership that is incorruptible. By dealing with corruption, we can double government revenue which we will use to pay for our transformational initiatives in education, healthcare and job creation.”