Another STX in the making? CHINESE $3BN LOAN IN DANGER

“Government is unprepared and indecisive”- Chinese
By The Al-Hajj 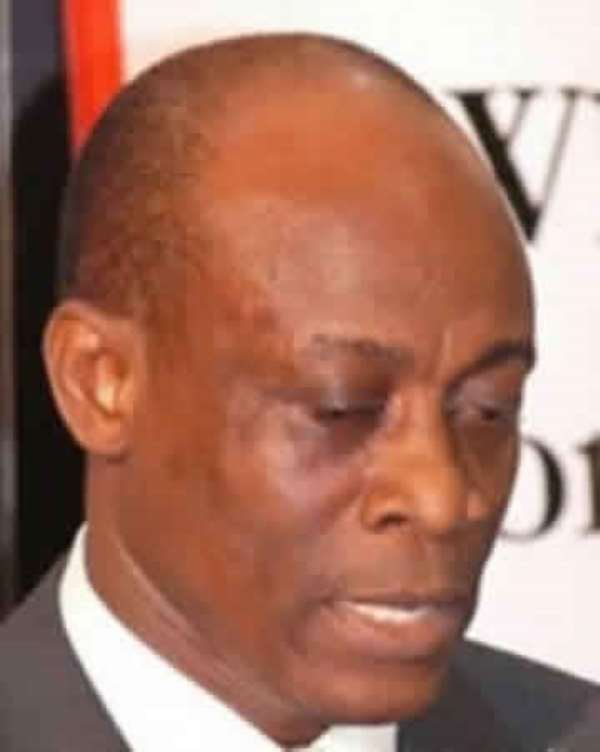 16th April 2012
Impeccable but fresh sources at the seat of government and the international financial and economic community have sent disturbing signals to The Al-Hajj that the much-touted China Development Bank (CDB) US$3bn loan is in jolt and may suffer the fate of the ignominious USD 1.5bn agreement with the STX Korea because of what one Chinese diplomat refers to as “your government's indecisiveness and unpreparedness towards ensuring that the money will be put to good use.”.

Despite Deputy Minister Seth Terkper's assurances to this paper in a telephone interview last Tuesday that in so far as the government is concern everything is well with the CDB loan, intelligence sources very familiar with the CDB facility, have confirmed to The Al-Hajj that the Chinese are dithering because of the apprehension that the government has not yet put in place the right structures to monitor the disbursement of the funds and ensure value for money.

According to the sources, the Chinese are very fearful that without adequate structures to monitor the works, their US$3bn investment is not likely to yield the desire results and this could lead them to lose a vital investment, the first of its kind in Ghana under any regime in its history.

“You must understand that the money the Chinese are giving us is not for free and they will never 'throw away' their investment if the government continues to go round and round on when they will require the first disbursement and how they will monitor the project execution”. A source pointed out.

But Deputy Finance Minister Mr. Seth Terkper currently on national assignment in the US denies government is not forthcoming, insisting, the government is working very hard to bring down the cash, citing the Bank of Ghana's readiness in receiving it with the opening of an account.

But our sources maintain that the Ghana Government has been unable to convince the Chinese that their investment is safe if it comes here because government has not been helpful with whom it should rely upon in as far as monitoring of the CDB loan is concern.

The Al-Hajj has gathered that, when the idea of the CDB loan was first brought into the front-burner, the President formed a task force to handle the negotiations with the Chinese and eventual disbursement of the resources after all the parliamentary processes.

Later, the task force became somewhat ineffective because of certain obstacles impeding its smooth operations, but government was nevertheless able to push through the agreement through Parliament and eventually everything went on smoothly.

Both Government and the Chinese lenders were at that stage very optimistic that the first tranche of about US$1bn was soon to be disbursed to facilitate the ambitious investment in the oil and gas sector.

The Vice President John Mahama was in April this year dispatched to China to witness the final signing of two subsidiary agreements to allow for the release of $1 billion of the $3 billion CDB loan facility and that the first tranche will begin to flow in the country before the end of April.

Consequently, the Chinese and the government of Ghana set up a joint monitoring office at the Finance and Economic Planning Ministry to ensure that they meet their deadline of getting the money in Ghana in the nick of time to ensure that the proposed oil and gas investment does not suffer any delay.

Almost sixty-five days today after the final signing of two subsidiary agreements in China witnessed by the Vice-President for the release of US$1 billion, not a dime has hit the Ghanaian exchequer.

Although Deputy Finance Minister at the Finance Ministry in charge of the CDB loan, Seth Terkper in an interview with The Al-Hajj last Tuesday down-played any suggestion of differences with the Chinese, he nevertheless acknowledged there has been challenges, some beyond the government, citing the role of Parliament in such transactions as well as some challenges the Chinese may be facing in their own backyard.

The Chinese lenders on their part, The Al-Hajj is told, have some concerns among which is the Ghanaian authorities' inability to get Parliaments' speedy ratification of the Financial Document, but Hon. Seth Terkper told The Al-Hajj this has since formally been done and the CDB informed accordingly.

Another issue bothering the Chinese lenders this paper was told, is the apparent lack of centre to oversee the disbursement and protect their assets, which is the first of its kind since independence.

According to a source, there seems to be confusion, as the Chinese are unsure who would oversee the funds disbursement when it begins to flow into the country's kitty to ensure effective monitoring of the projects' execution to safeguard their interest in recouping their money back with the interest.

“The Chinese lenders are unsure whether the government through its task force will be directly in-charge of monitoring and evaluation of the loan or the Joint Chinese/Ghana Government outfit set up for the purpose and based at the Finance Ministry”. The source disclosed.

The Chinese, according to our sources, would only be comfortable to begin disbursement of the fund if they are part of a team of the technocrats at the Ministry of Finance and Economic Planning in charge of scrutinizing the facility to ensure that there is value for money.

“Their main concern now is that, who will be in-charge and how their vital investment will be safeguarded and protected…

“Once they clear their minds on all those issues, then we are likely to see the money trickling down, but the government and people of Ghana will be very much disappointed if there is no sufficient guarantee,” the source said.

He said it is normal for the Chinese to work hard and do double checks because this is the first time they are extending this huge amount of loan to Ghana, but there is nothing to fear about.

Hon. Seth Terkper seems to agree with these suggestions “this being the first time we are dealing with Chinese, the process is very cumbersome, and you can understand, but there is no cause for alarm, the CDB people would be arriving in the country in July. Parliament has approved all 12 subsidiary agreements”. He told The Al-Hajj