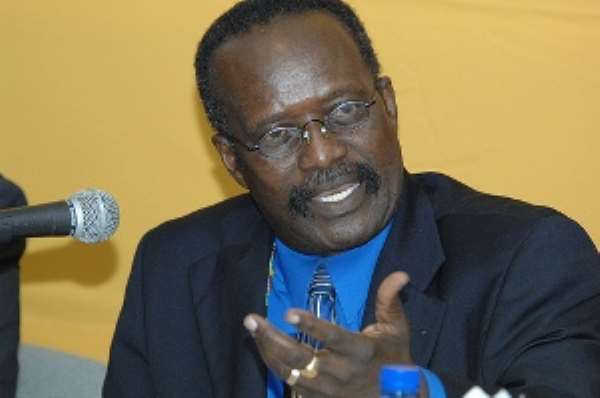 The contractor incurred the wrath of the Minister during an evaluation tour to inspect road networks linking farming communities in the region, under the Northern Rural Growth Programme (NRGP) funded by IFAD and the African Development Bank Projects covering the three regions in the North and some parts of the Brong Ahafo.

The contract awarded in April 2011 and expected to have been completed in April 2012 had been abandoned with only 35 per cent of work done.

The contracts also involves the construction of 30 culverts, drainage and spot improvement construction on the Tilli–Widnaba road in the Bawku West District

Out of the 30 culverts and the spot improvement and drainage, the contractor had executed only 18 culverts, whilst the drainage constructed on some portions of the road were already broken and all approaches to the culverts had not been filled making it difficult for vehicles to ply the road.

At the time of the visit, the foreman and some workers were on site but there was no work going on. However, two major double culverts that linked the executed culverts had not been constructed.

Mr Ahwoi, who was in the company of Mr Roy Ayariga, National Coordinator, NRGP, expressed shock at the status of work and said no contractor had any excuse for failing to fulfill their work because they had been paid fully to execute the projects.

He said the call for these projects to be completed before the rain set in was to make farming communities accessible for farmers to transport their produce form the farms. He said these efforts were being thwarted because of the delay in executing the projects.

He called for the contract to be repackaged and given to serious contractors, who are ready to do the work.

Mr Samuel Banini, Bawku West District Feeder road Engineer, who gave the contract sum as GH¢ 921,610 said a follow up was made and warning letters issued to the company for the delay in getting the work done, but that was not heeded to.

Meanwhile in Pwalugu the team together with Mrs Vivian Anafo, DCE of Talensi Nabdam, inspected a 9.9 kilometer farm road leading to the Arigu community, along the White Volta, which had been completed and handed over by Memphis Co. Ltd.

Mr Ahwoi congratulated the contractor for early execution of work. He also asked the feeder road department to put in mechanisms that would ensure frequent maintenance of the road.

He said even though the job was well done, the road could deteriorate with the onset of the rains if efforts were not made to maintain it. He added that about 53 feeder roads were in the pipeline to be awarded and that would require highly committed contractors who would live up to the task.

Mr Roy Ayariga appealed to communities to Endeavour to support government in its efforts to maintain community roads.

He urged District and Municipal Assemblies to work out strategies to maintain roads in their jurisdictions.

Mrs Vivian Anafo thanked government for improving the road network in the communities. She said that would open up more farming opportunities as it would enable the communities to make use of the Dam to irrigate their farms.