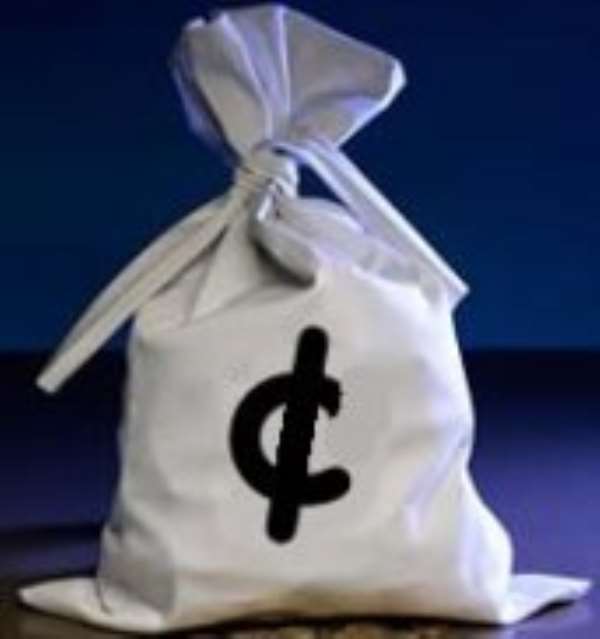 That represented 39.9 per cent of gross domestic product (GDP).

A Senior Economist at the Institute of Economic Affairs (IEA), Dr J. K. Kwakye, made this known in Accra Wednesday, during a review of the Ghanaian economy in the second half of 2011.

The review focused on four key areas of the economy, namely, the real sector, the fiscal sector, money and prices and the external sector.

It follows the first-half year review presented by the IEA late last year.

Regarding the long period of the economic analysis, Dr Kwakye explained, “The reviews are carried out with some lag due to late availability of some of the data, especially quarterly GDP data.”

He said while the GDP rebasing and oil production had increased Ghana’s capacity to carry higher debt at sustainable levels, “it is important that new debt is applied to high-return projects to boost economic growth and thereby ease the burden of future repayments”.

Dr Kwakye said during the half year, Ghana’s external current account recorded a deficit of US$2,655.1 million and attributed the decline to factors such as deficits in the merchandise trade and services and income account.

He, however, noted that the capital and financial account was in surplus by US$546.5 million during the half year.

“Reducing the imbalances calls for policies to increase export earnings, including the expansion and increase of value content of exports, and to reduce import demand, including the provision of necessary support for domestic industries to produce more import substitutes,” he stressed.

Dr Kwakye said Ghana’s gross international reserves increased to US$5.4 billion during the half year, equivalent to 3.2 months of imports, the import cover being the conventional measure of reserve adequacy.

“But, even here, there are no hard and fast rules. Countries that are vulnerable to economic shocks, including commodity-producing countries, need to maintain higher levels of reserves as a cushion.

“Also, countries with less flexible exchange rate regimes need higher reserves to ‘protect’ the exchange rate. For these countries, a rule of thumb is to keep reserves adequate to cover at least four months of imports,” he contended.

He said in the third quarter of 2011, real GDP grew strongly at about 24 per cent, driven by agriculture, but it slackened in the fourth quarter to below one per cent, with growth in all sectors slowing.

He said on the whole, in 2011 real GDP growth was over 14 per cent, “driven again by oil-fuelled strong growth of industry as a whole”.

At that rate, Ghana reportedly posted about the highest rate of growth rate worldwide, boosted by oil.

“While this is welcome news, it is important to ensure that economic growth spreads to other sectors, especially non-oil industries, in order to generate more jobs,” he submitted.

Dr Kwakye said maintaining inflation at a single digit, ending the year at 8.6 per cent, was due to continuous single-digit food inflation, while non-food inflation remained in double digits.

He said the persistent double-digit non-food inflation seemed to suggest that the drivers of inflation, such as high rates of monetary growth and exchange rate depreciation, remained strong.

He observed that persistent cedi decline had characterised Ghana’s exchange rate regime, which reflected a fundamental imbalance between foreign exchange supply and demand.