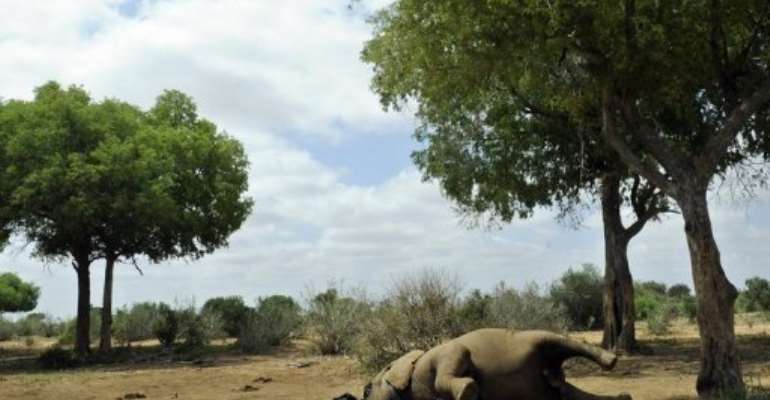 MADRID (AFP) - Spain's King Juan Carlos faced fire Monday for a hunting trip in Botswana during which the monarch, patron of a wildlife charity, broke his hip and ended up in hospital.

A petition on the online forum Actuable listed 40,000 signatures urging the king to give up his presidency of the Spanish branch of the World Wildlife Fund (WWF), while an opposition politician raised the question of abdication.

The fund, whose website names the king as an honorary president, said it "will make comments to the royal palace and reiterate its commitment to the conservation of elephants," in a Twitter message.

Juan Carlos, 74, was recovering in a Madrid hospital from an operation to replace his right hip which he broke when he tripped on a step at 2:00 am on Friday in Botswana, doctors said.

The palace would not confirm that Juan Carlos was on a hunting trip but did nothing to deny widespread media reports that that was why he went to Botswana, a popular elephant-hunting destination.

The hospital treating him said on Monday that Juan Carlos's condition "has developed very positively" since his operation early Saturday.

But his medical condition was largely overshadowed by criticism of what was reported to be an expensive hunting trip, at a time when ordinary Spaniards are suffering from a recession.

"The head of state must choose between his obligations and the duty of service of his public responsibilities, or an abdication that would allow him to enjoy a different kind of life," Gomez told reporters on Sunday.

The king has traditionally been widely respected in Spain, credited with helping steer the country to democracy after the death of the dictator Francisco Franco in 1975.

But he has suffered a troublesome few months marked by an embarrassing corruption scandal implicating his son-in-law, the Duke of Palma, Inaki Urdangarin.

Juan Carlos's surgeon Angel Villamor said the king could expect to be discharged from hospital this week.

"He continues with an intensive recovery programme," the Hospital USP San Jose said in a statement. "The physiotherapy is proceeding satisfactorily and currently, as well as walking, he is getting up and sitting down by himself."

Spanish newspapers published photographs taken in previous years of the king, who has a reputation as a keen huntsman, posing with a gun next to elephants and buffalos.

In 2009 a court dropped charges against the three authors of a caricature that depicted Juan Carlos on a hunting trip in Russia where he allegedly shot dead a drunken circus bear.