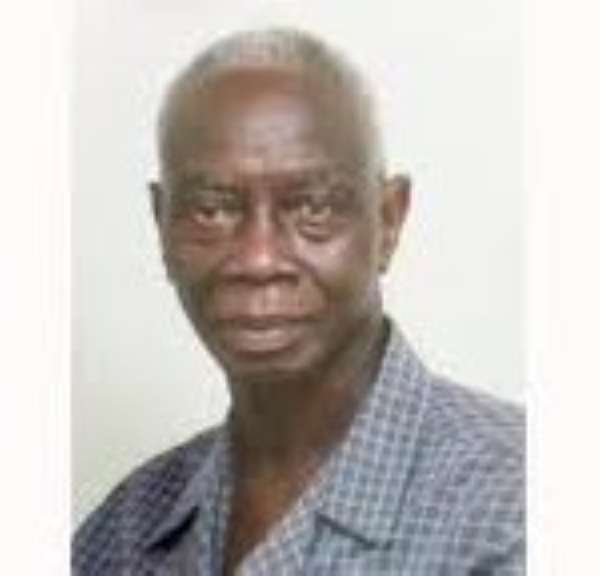 By Dora Akyaa Asare
It is official. The Ashanti Region bears the biggest brunt of disruptions to the registration exercise, raising fears that the recommendations of a group of academics who authored a document on how the National Democratic Congress (NDC) could rig the December elections, might be in practice.

According to Dr. Kwadwo Afari-Gyan, Chairman of the Electoral Commission, the Ashanti Region has become the hotbed of registration disruptions.

'As you are no doubt aware, we have no official powers of arrest, and if people have been arrested, we cannot prosecute them. We have to rely on you to arrest and prosecute them,' Dr. Afari Gyan told the visiting Inspector General of Police, Mr. Paul Tawiah Quaye.

He blamed the two leading political parties – the ruling National Democratic Congress and opposition New Patriotic Party (NPP) – for the problem.  Keen political observers, though, have other ideas about the source of the conflicts.

In the run-up to the registration exercise, a document did the rounds, said to have been authored by some academics in the Central Region, making recommendations on how an unpopular government could manipulate the registration process to its unfair advantage.

Titled Agenda 2012, the document said the NDC was on the verge of losing the 2012 vote, because it was unpopular with voters. 'The higher they register people in the Ashanti Region, the greater the threat to the NDC. Discouraging registration in Ashanti Region is not only prudent, it is a necessity.'

The authors of Agenda 2012 made the following recommendations. a;  Cause artificial shortage of  registration materials, b: Cause anarchy and disturbance during registration c: Unofficially reduce the number days registration in Ashanti Region, especially in the hinterlands where they know less. d: Be sluggish in your work in the region, e: Financially influence people not to register and  F: A possible pilot system should be suggested in the Ashanti Region during the registration process.'

Political observers believe some aspects of the recommendations in 'Agenda 2012' might be in operation, hence the disruption of the exercise, particularly in the Ashanti Region.

Responding to the concerns raised by the Chairman of the Electoral Commission on his visit, the Inspector General of Police, Mr. Paul Tawiah Quaye, assured the Commission of police support,   and also promised to put in place corrective measures in the second phase of the biometric registration. He also called for the EC's collaboration to ensure a successful exercise.

'For the Police Service, I can say our job is cut for us. We have to concentrate on security provision for both the registration and elections, and we also have to ensure that we provide the necessary peaceful and congenial environment and atmosphere for this to take place,' the police capo said.

On her part, the Director General of Police Administration, COP Rose Bio-Atinga, who was in the IGP's entourage, urged the public to desist from any criminal acts that would disrupt the exercise, saying the police would not hesitate to punish anyone who breaches the law.