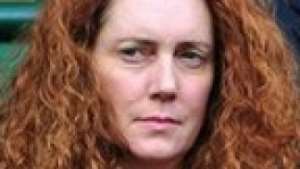 Former News International chief executive Rebekah Brooks has been arrested as part of the police inquiry into allegations of phone hacking.

The arrests took place in Oxfordshire, London, Hampshire and Hertfordshire.

Police said one woman and five men were held on suspicion of conspiracy to pervert the course of justice, as part of the Operation Weeting hacking probe.

News International has confirmed that its head of security, Mark Hanna, is among the six people being held.

Former News of the World and Sun editor Mrs Brooks was arrested at her home in Oxfordshire. Her husband was also detained and they are now being held at separate police stations.

Officers are searching addresses connected to the arrests.

The six are being interviewed at police stations in Buckinghamshire, Oxfordshire and London.

Mrs Brooks is the only suspect among the six to have been arrested previously as part of the ongoing police operations. All the others are fresh arrests.

Mr Brooks is a good friend of David Cameron, whom he has known for more than 30 years since their days at Eton school.

The Brooks's live a few miles apart from the Camerons in the prime minister's constituency.

Mr Brooks wrote in his Daily Telegraph column on Monday about how much he was looking forward to going to the Cheltenham horse racing festival, which began on Tuesday.

'The happiest moment of my year is about three hours before the first race at Cheltenham on Tuesday,' he said.

The Metropolitan Police said the arrests were carried out after consultation with the Crown Prosecution Service.

It brings the total number of people arrested in Operation Weeting and its linked inquiries to 44.

The other investigations are Operation Elveden into corrupt payments to police officers and Operation Tuleta into computer hacking.