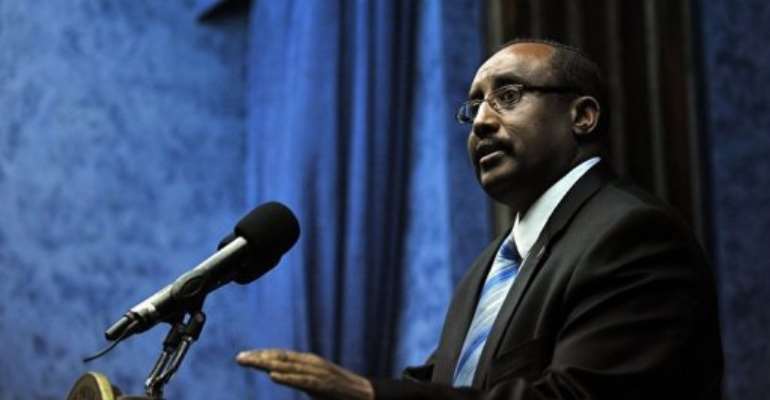 British Prime Minister David Cameron will chair the February 23 conference, gathering Somali and foreign leaders to find a solution to the civil unrest that has plagued Somalia almost without interruption since 1991.

The meeting will "help galvanise a common approach to address the problems and challenges of Somalia that affect us all," according to the Foreign Office.

"I hope the London conference will galvanise the international support for Somalia, bring back the attention of the international community on Somalia, and with it all the necessary help for rebuilding Somalia," said the Somali premier.

During the visit, London also appointed an ambassador to Somalia, the first in 21 years.

Somalia has lacked an effective central government since president Mohamed Siad Barre was ousted in 1991, unleashing cycles of bloody conflicts that have defied countless peace initiatives.

Since then, Somalia has been variously governed by ruthless warlords and militia groups in mini-fiefdoms, becoming a by-word for "failed state".

A hardline Islamist movement with links to Al-Qaeda now controls much of southern and central Somalia, while pirate gangs rule coastal villages.

The Islamist Shebab rebels have been fighting to topple the Western-backed Somali government in Mogadishu, where the administration survives under the protection of an African Union force of 10,000 men.