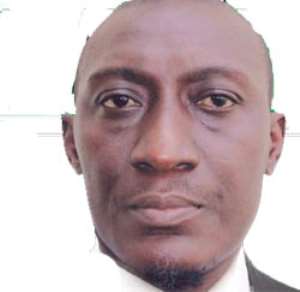 Seven years after his escape, Asem Darkey aka Limping Man or Sheriff of the MV Benjamin cocaine fame, has been arrested and put in custody as further investigations by security agents continue.

With no trace of his whereabouts, Limping Man or Sheriff (two of his aliases), attracted the attention of a curious man at the X-Ray Department of the Korle-Bu Teaching Hospital last week who alerted the police.

The police picked him up and handed him over to the Bureau of National Investigations (BNI) which, DAILY GUIDE has gathered, has commenced probes into the big catch whose elusion for such a long time boggled minds.

Security personnel who played a key role in the MV Benjamin case are said to have been contacted to assist in the investigations as the dusty files are brought down from the shelves.

He allegedly imported the missing 77 parcels of the cocaine which took on the name of the MV Benjamin case, named after the vessel which transported the stuff.

On 26 th April 2006, a fishing vessel christened MV Benjamin with 77 parcels of cocaine (each parcel contained 30 kilogrammes) berthed at the Tema Harbour breakwaters, and the parcels offloaded into two canoes which sailed under the cover of darkness to Kpone Paradise Beach.

Some police officers at the Tema New Town Police Station, D/Sgt. Amoah, Sgt. David Nyarko, L/Cpl/ Dwamena Yebson and L/Cpl Peter Bondorin, and others received the information and proceeded to Kpone with the “intent” to arrest the carriers.

The requested assistance from Kpone Police Station came and met Limping Man and others offloading the drugs into two vans parked at the beach. Instead of the police officers arresting Asem Dake and the drugs and his accomplices, they entered into an agreement with the suspect to carry on with his “business” for a bribe later.

After offloading, Asem Dake picked the police officers and the three fishermen informants into his Toyota Landcruiser, then parked at the beach, and proceeded with them to his house at Community 5, Tema.

He returned later and handed over a polythene bag containing an unspecified cash in US Dollars to Sgt. Amoah and his group including the fishermen.

The group, led by Sgt. Amoah, left and re-grouped near the Tema Oil Refinery to share the money.

After the arrest of the culprits in the aftermath of the revelation of a tape recording, the police officers and others including the owner of the vessel, Joseph Kojo Dawson, and the crew were all arrested and tried without Asem Dake who escaped arrest.

It was a headline-grabbing case steeped in politics in which politicians sought to make some inroads. Alhaji Issah Abass, standing trial with Kwabena Amaning alias Tagor, in the case, blamed the escape of Asem Dake on the police.

In 2007, he told an Accra Fast-Track High Court presided over by Justice Jones Dotse in his evidence in-chief, led by Mohammed Atta, that the police saw Sheriff but did not arrest him.

When he was in custody, according to him, Bright Oduro, the then Regional Crime Officer for the Greater Accra Region, said in the presence of other police investigators that they needed assistance to arrest the Limping Man and others involved in the cocaine case.

The second accused, Issah, said he went with some investigators to his office in Tema and introduced two young men, Kornu and Nana Yaw, to the police, expecting that they could help in tracking down the Limping Man.

Various attempts were made to no avail in locating the Limping Man, including the promise of rewards. Issah told the court that some of the guys contacted told the police that the Limping Man was attending a funeral at Oda and so they mobilized themselves and headed for the location. Upon arrival, however, the police just looked on as the Limping Man drove away in his four-wheel drive vehicle.

Kornu and Nana Yaw, the men who aided in the location of the Limping Man, were also instrumental in the arrest of the owner of MV Benjamin.