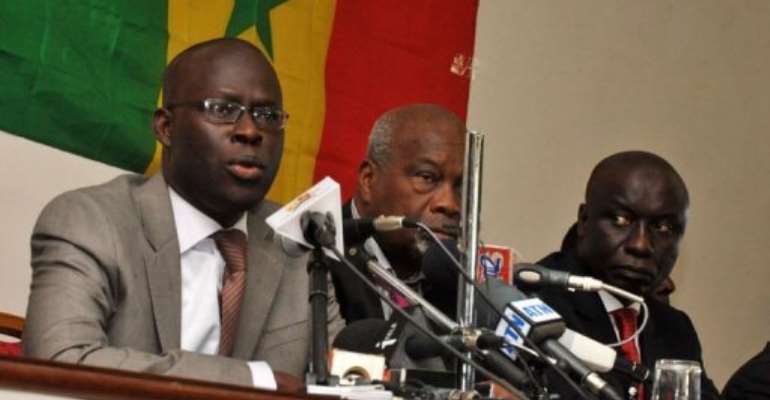 Internationally acclaimed singer Youssou Ndour, whose own candidacy in the February 26 elections has been rejected by the Constitutional Council, called on the Senegalese people to take to the capital Dakar's streets Sunday, the official launch of the three-week election campaign.

"I solemnly ask the population and young people to mobilise," Ndour said. "Accept your responsibilities."

Ndour is one of eight opposition figures who said in a joint declaration released Saturday they would do all they could to block Wade's candidacy, though they said they would not be boycotting the polls.

"All organising actions, popular demonstrations, communication and political struggle will be brought by all candidates," they said in the statement. "We pledge to stay united and jointly mobilise and fight."

Senegal, which has long been one of Africa's most stable nations and praised for its democratic workings, has a two-term presidential limit enshrined in its constitution.

But the 85-year-old Wade says he can serve another two seven-year terms from 2012, because a constitutional cap was only introduced in 2008, after his latest reelection.

Detractors say Wade, who has grown increasingly unpopular, wants another term to groom his son Karim for succession.

"Twenty-four hours from the opening of the campaign and Wade has not stepped down," the statement said. "It is therefore clear that our immediate objective is to stop his candidacy."

Wade's January 27 validation as a candidate by the Constitutional Council led to broad protests, including violent struggles that broke out in Dakar and other cities, killing four people.

All are members of the June 23 Movement (M23), an opposition umbrella group opposed to allowing Wade to seek a third term in office.

"We call on the Senegalese people to remain determined and mobilised, and to massively join all actions aimed at bringing about Wade's withdrawal" from the presidential race, the statement said.

In all, 13 candidates are due to run against Wade.