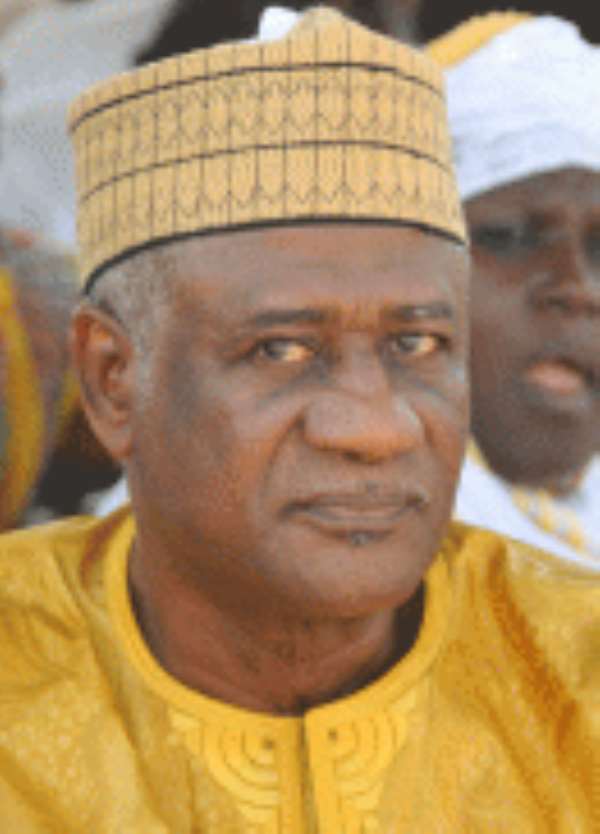 After several legal tussles and hurdles, the way has now been cleared for the People’s National Convention (PNC) to hold its national delegates congress on Saturday, February 4, 2012. at Sunyani.

1,400 PNC delegates will elect the party’s flag bearer for the 2012 elections at the Sunyani Polytechnic campus, the venue of the congress,.

The position of flag bearer is being contested by the four-time presidential candidate of the party, Dr Edward Nasrigri Mahama, and a 40-year-old businessman, Mr Hassan Ayariga.

The congress will also elect six persons for the positions of National Chairman, National Organiser, General Secretary, Women’s Organiser, National Youth Organiser to steer the affairs of the party for the next four years.

It is expected that the current constitutional arrangement where the presidential candidate remains the leader of the party even during non-election period will be changed.

If the constitution of the party is amended, the National Chairman will be the leader of the party after every presidential election.

Other amendments will include ensuring that the party engages in major political activity through the organisation of polling station elections each year after general election.

The amendment will ensure that the following year after election, constituency executives would be elected after which regional and national executive election will be conducted in subsequent years.

The party was billed to hold its congress in the latter part of last year, but was rescheduled due to series of legal issues which were contested in court against the locus of the current leadership to hold themselves as an executive and to organise congress.

However, on January 23, 2012, a major hurdle on its path was cleared when the Accra High Court dismissed a motion for interlocutory injunction seeking an order to restrain the PNC from organising its delegates congress.

According to the court, the applicants failed to provide independent evidence to substantiate allegations of fraud levelled against the defendants.

Already, the party has concluded the selection of delegates at the constituency and regional levels. that constitute the 1400 delegates for the congress.

Briefing the Daily Graphic, the General Secretary of the PNC, Mr Bernard Mornah, said the National Executive Committee of the party had fixed March 30, 2012 as the final date for all parliamentary primaries.

He said all parliamentary aspirants were to pick up nomination forms at a cost of GH¢200.00 each, payable to the regional party accounts.

This is to motivate more women to participate in the crucial arm of the Legislature in the governance of our dear nation.

For the avoidance of doubt, NEC also stressed that the primaries should be conducted along the electoral area executives and that the delegates’ list must be submitted to all aspirants at least two weeks before the primaries he explained.

Mr Mornah said the NEC had also tasked the Regional Executive of the Upper East Region to lead a three-member team to resolve the issues in the Bolgatanga Constituency and report same to the National Office by end of February, 2012.

“NEC expressed profound gratitude to the mass of the party for their continued support for the party and urged them to remain steadfast as the party finalises its preparations for election 2012”, he said.

The Innocent Flower Looking Akufo-Addo Is The Mother Serpent...
13 minutes ago