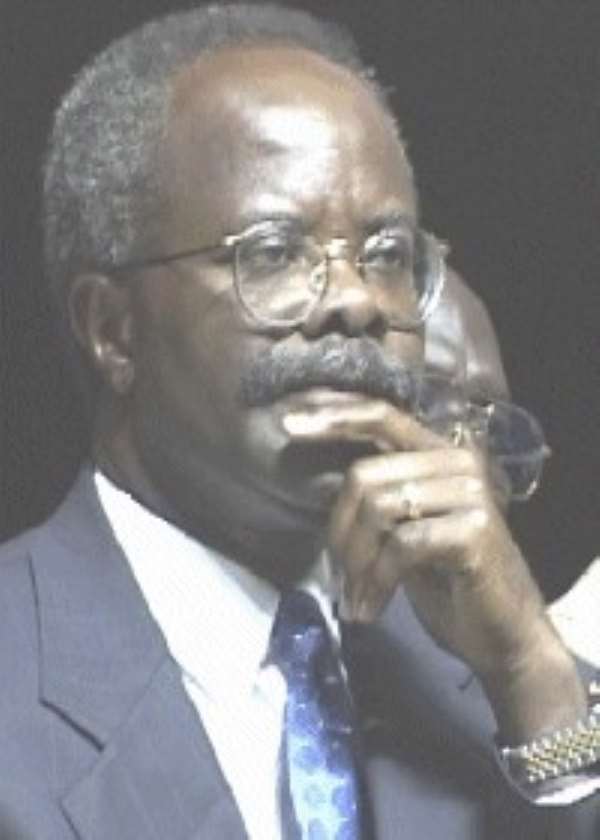 Elmina (Cape Coast) - The Energy Minister, Dr Paa Kwesi Nduom, has stated his intentions to contest the 2004 parliamentary elections in the Komenda-Edina-Eguafo-Abrem (KEEA) Constituency. He has, therefore, urged all interested persons to beware of him, saying that he is prepared for a fierce political challenge to win the seat.

Dr Nduom said this in an interview after a colourful durbar of chiefs and people to climax the celebrations of Edina Bakatue at Elmina on Saturday.

Dr Nduom urged aspirants to the parliamentary seat in the 2004 general elections to “fasten their seat belts or forget about the seat altogether”. He said he is ready to face any opposition from any parliamentary candidate, saying ‘ it will not be easy as it was in the previous years”, and added that “things would be a bit rough this time”.

He said an electrification project to send electricity to 10 villages in the KEEA District is to begin this week and added that the government will ensure that all villages in the country have access to electricity. He said a new transformer will be installed at Elmina to help solve the town’s problem of frequent power outage and also ensure the smooth distribution of electricity in the town.

Dr Nduom expressed regret that the Elmina town does not have access to library facilities and pledged to ensure that the town has a library. He, therefore, urged the chiefs to release land to him and his senior friends to enable them to build a library for the town.

The KEEA District Chief Executive (DCE), Nana Ato Arthur, in an address at the durbar grounds, urged the people of Elmina to unite and find lasting solutions to their problems in order to move the town’s development forward.

He hinted that the assembly is making efforts to hold a peace conference in the town to iron out differences among the people and urged all to be part of the process when it starts.

Nana Arthur said the European Commission has donated 1.5 million Euros to help the assembly in its development programmes. A representative of the Dutch Ambassador to Ghana, Bob Hansen, noted that Elmina abounds in tourism assets and urged leaders of the town to preserve tourist sites in the town.

The Omanhen of Edina Traditional Area, Nana Kwodwo Conduah VI, appealed to the government to give the chiefs a percentage of the revenue that accrues from tourism at Elmina to supplement development projects. He deplored the poor communications network in the town and called on the government to help provide the area with adequate telecommunication facilities to help facilitate commercial activities.

Nana Conduah urged the people to be mindful of the environment and keep Elmina clean to help boost the tourism industry.