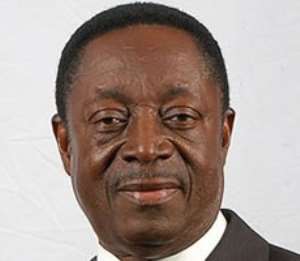 Partners meeting to review aid effectiveness have called for a mechanism that would make aid effective and yield the desired results.

Ms Halen Clerk of the United Nations Development Co-operation Forum, said it was important for development partners and countries that receive aid to introduce more coherent aid policies that were mutually acceptable so that development could be effective and beneficial to the very poor whose interest they sought to promote.

Ms Clerk, who is also a former Prime Minister of New Zealand, was speaking at the opening of the Fourth High Level Forum on Aid Effectiveness (HLF4) in South Korea's second largest city, Busan.

The HLF4 is on the theme “Building a New Global Partnership for Effective Development partnership. It is organised by the Organisation for Economic Co-operation and Development and the Development Assistance Committee (OECD/DAC) in collaboration with the Government of South Korea.

Ms Clerk said aid effectiveness principles were important for helping developing countries meet the Millennium Development Goals (MDGs) and although there was progress on that front, a lot remained to be done in reaching the goals at the prescribed date of 2015.

Ms Clerk said the recent global crisis, in addition to food price hikes and natural disasters, had conspired to make achieving the MDGs more challenging, the more reason aid, which should be a catalyst rather than a panacea to development, be made to work with focus on ef-fective development.

“Aid is not a panacea to reducing poverty and development but when it is used in a catalytic way, it can remove the bottlenecks in the economies of the developing and vulnerable countries to increase investments and trade and also speed up development,” Ms Clerk said.

In that vein, the former New Zealand Prime Minister said adherence to the principles of aid effectiveness had provided hope, optimism and energy to accomplish more, but stressed that the Busan meeting should be used to set new action plans to improve aid effectiveness.

“We need to shift from aid effectiveness to development effectiveness; so we need more coherence in aid policies and going beyond aid to use all development resources in reaching the goals,” Ms Clerk stated, adding that there was the need to share best practices on how aid was effectively used in countries.

The Chairman of the OECDIDAC, Mr Brian Atwood, said the forum was essentially based on how to improve lives of the most vulnerable as they explored ways of making aid work better, saying evidence from country reviews indicated that the principles chosen in 2005 were very relevant.

However, he said, political will was still important in achieving the tenets of aid effective-ness principles, also known as the Paris Declaration on Aid Effectiveness.

Mr Atwood said the areas that needed more efforts included political commitment, particularly on the part of donor countries to untie aid in certain areas, including scholarships and technical co-operation, as well as using country systems.

Reviews have shown that since the Paris Declaration in 2005, about 20 per cent of aid remain untied, an equivalence of about $7 billion. These are found mostly in scholarships, technical co-operation, and food aid. The reviews also indicate that while recipient countries have consistently implemented their side of the bargain, the donor countries had more to do in making aid work.

But the host, South Korea, has a different and progressive story of aid effectiveness, as the country had leveraged it to transform its economy from a poor nation with a per capita income of $67 in 1953 to the present over $3,000 per capita.

The Vice-Minister for Foreign Affairs, Mr Dong Seon-Min, who opened the forum, stated, “I have personally witnessed the transformation from a poor country in 1953 to a modernised middle income country through aid. Today, South Korea is the 30th largest economy,” he said.

Drawing on that experience, the vice minister said that transformation had imbued in him and the people of Korea the belief that the same could be replicated in other developing countries.