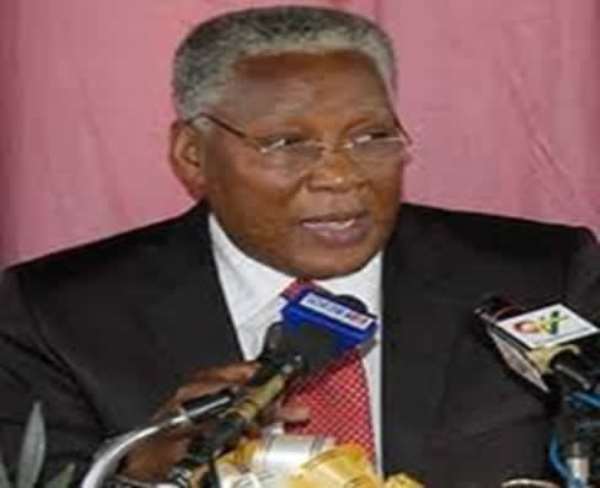 Government of Ghana and Irrigation Development Authority, the Ablaze company Limited which is to build the Dawa Dam, last Wednesday signed a most important agreement to floor the way for the genuine construction of the Dawa irrigation project to embark on.

The signing of the Engineering, Procurement and Construction (EPC) concurrence forms part of ultimate moves by the government to get the 1,696,014.75 Ghc (16.7 Billion Old Currency) project is on track.

The Minister of Employment and Social Welfare, Hon. E.T Mensah, signed for the government, while the Chief Executive Officer of Ablaze Company Limited, Mr. Eric Sorkpor, signed for his company.

In attendance was the Deputy Chief Executive Officer, Ing. Kwebena Boateng, who represents the Minister of Food and Agriculture, Hon. Kwesi Ahowi. Also, were the Chief Executive Officer of Ghana Irrigation Development Authority (GIDA), Dr. Ben Vas Nyamadi, the Traditional rulers of the Dawa community were there to onlooker the occasion.

The Dawa irrigation project, which has been on the sketch board since the early 2008, has been acknowledged by the present government as one of the major long-term solution to the exportation needs of the country.

Stripping any astonishing situation, the project is probable to take a year, after which the project should be ready for inaugural ceremony in September 2012.

As per the Rota, the farmers in the community will not get enough water to grow their crops in September 2011 to allow the project to be completed.

A summation of 500 people who will be affected by the damming of the river will be repositioned, while every body in the community will be engaged on the project, which is seen as one of the key projects of the government.

Ing. Kwebena Boateng described the Dawa project as one of the hardnosed long-term measures which the government was taking to improved on our farming and exportation challenges in the country.

“God has given us this land, why not we come together to develop this area with the plantation of food and vegetables”-he added.

Dr. Ben Vas Nyamadi, on the other hand expressed his appreciation to the government and plea to the farmers in the community to work hand-in-hand in other to waste the government resources.

Additionally, he begged and advised the people in the community not to steal the materials meant for the project, in other to discomfit the project.

Further more, Ing. Kwebena Boateng asked Ghanaians to have coolness in the construction company, since it had a superb the country.

Hon. E.T Mensah, for his part, said the company had a good verification in construction and would do all it could to grant Ghana its wealth's merit.

As the government has summarized, a number of procedures to refurbish the country agricultural and exportation needs.

For quality work done, the assembly man and his executives are to ensure that the contractor do his work without any interference.

Government to reclaim mined-out areas in Ghana
9 minutes ago