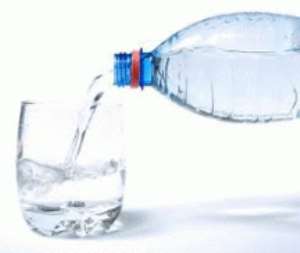 An unregistered brand of bottled water with the trade name DEW, which is said to have caused the death of 180 people in Nigeria, has found its way onto the local market.

The Food and Drugs Board (FDB) has therefore advised the public to report any person who offered DEW bottled water for sale.

According to a statement issued by the FDB in Accra and copied to the Ghana News Agency (GNA), the board had not registered any brand of bottled water with the name DEW.

The statement, signed by the Chief Executive of the FDB, Dr Stephen K. Opuni, said rumours had suggested that the DEW bottled water had been imported from Tanzania into Nigeria and was alleged to contain a chemical that had caused the death of 180 people in that country.

It said the FDB established that the rumour was false, after investigations it conducted, including post-market surveillance activities and contacts with the NAFDAC of Nigeria and the Tanzanian Bureau of Standards.

According to the statement, information from NAFDAC had indicated that DEW bottled water, produced in Nigeria, was duly registered in that country.

It said NAFDAC indicated that it had no information that the registered DEW bottled water had caused the death of any person in Nigeria.

It said the Nigerian authorities had explained that Nigeria had, for a long time, banned the importation of drinking water into that country and, therefore, the rumour that DEW bottled water had been imported from Tanzania could not be true.

The statement said the FDB would, however, continue with its surveillance and collaborate further with its sub-regional counterparts and local state institutions to ensure the safety of the Ghanaian consumer.

It assured the general public of the FDB’s resolve to protect public health and safety.

Meanwhile, the National Agency for Food and Drug Administration and Control (NAFDAC) of Nigeria is reported to have denied claims that the water has been found to be lethal. — GNA