MTN to rescue of Kpedze community 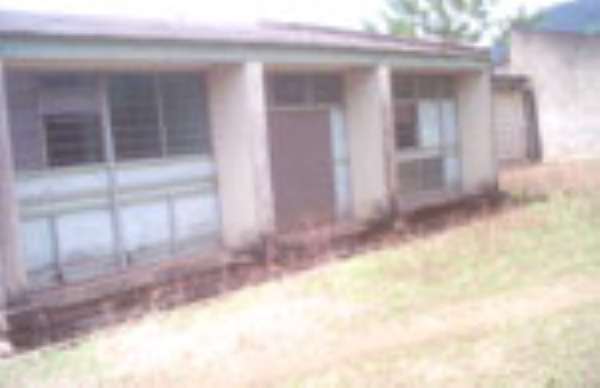 The Paramount Chief of the Kpedze traditional area, Togbega Atsridom VI, has commended the management and staff of MTN Ghana for the continuous interest and support given to the rural communities, in the attempt to improve on their living standards, a development, he said, needed to be emulated by other business organisations operating in country.

Togbega Atsridom observed that the management of MTN was not just interested in making profit, but also cared for the communities and people who used their services, by investing in their education, health, and improve upon their socio-economic lives, which he said, really gave meaning to the company's interest in the people it served.

The Paramount Chief of the Kpedze traditional area made the commendation when the management of MTN officially handed over the completed rehabilitated Kpedze Clinic, which was at the total cost of GH¢160,000, to Doline Enterprise as its contribution to improve on health care delivery in the area, at Kpedze-Awlime.

Togbe Atsridom said the clinic was the only health center in the area, but had been in very bad condition over the years, which created problems for the people who depended on it for quality health care, which included people from Kluto in the Republic of Togo.

He said the timely intervention by MTN to rehabilitate the clinic would go a long way to improve on health care delivery in the area, and eventually, lead to the upgrading of the Kpedze clinic to a hospital that would serve the entire Ho-West constituency, since there was no hospital in that part of the Ho Municipality.

The MTN Health Project Supervisor of the MTN Ghana Foundation, Madam Rhodalyn Ernestina-Mensah, explained that the rehabilitation of the Kpedze Clinic formed part of MTN Ghana's agenda to promote health care delivery in its operational areas, as the company's social contribution to community development in the country.

Madam Enestina-Mensah said MTN regarded health issues as one of its priority areas to provide improved health infrastructure that would continue to help in addressing the health needs of the people, noting that her organisation was not only a leading communications operator in the country, but also a reliable social services provider.

She further explained that the rehabilitation works would cover the out-patient department (OPD) and the main building of the clinic, which would be completed within 12 weeks, and lauded the effort being made by a non-governmental organisation, Achievers Club, which drew the attention of MTN to the poor state of the clinic, and the Member of Parliament (MP) for Ho-West, Mr. Emmanuel Bedzrah, who contributed GH¢10,000 towards the project.

Mr. Bedzrah reassured the people in his constituency that he would work hard to bring the needed development to the area, saying the rehabilitation of the clinic was just a part of greater things to be seen in the area, adding that efforts were being made to upgrade infrastructure at the Kpedze Senior High School (SHS).