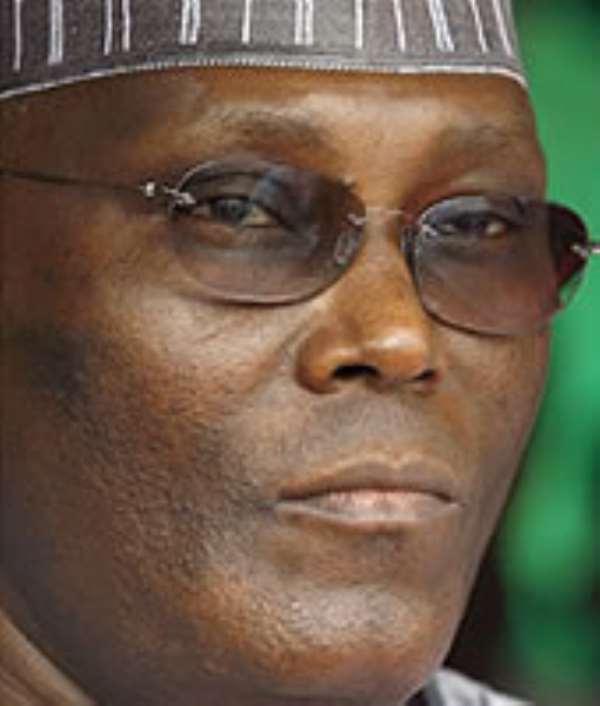 
A former vice president of Nigeria emerged Monday as the consensus candidate put forward by a bloc of leaders from the country's north to challenge current President Goodluck Jonathan in the 2011 presidential elections.

cwas one of four potential contenders from Nigeria's influential Northern Political Leaders Forum, which announced in September that it would name one person to take on Jonathan in the presidential primaries for the People's Democratic Party.

"I am humbled by this endorsement, and I accept it wholeheartedly, with humility and sense of responsibility," Abubakar said in a statement following the announcement.

"This is a time for sober reflection on the challenges facing our country and the immense opportunities that exist for us to address them," he said. "I hope that the conclusion of this consensus process will mark an end to the divisive politics which our opponents have been promoting."

Under Nigerian "zoning" rules, power must shift to different regions and ethnic groups every eight years.

Jonathan -- who is from the Niger Delta, in the south -- was part of the joint ticket of the late President Umaru Yar'Adua, who was from the north.

Yar'Adua's death in May, after a long illness, upset the order of the zoning. Yar'Adua was elected in 2007 and his southern replacement threatened to halt the north's turn at holding power.

Under an agreement with the northern leaders, Abubakar will challenge Jonathan and the bloc will support his bid to try to win the election for the north.

Primaries were originally scheduled for October, but were postponed by Nigeria's Independent National Electoral Commission. No rescheduled date has been announced. The presidential election is expected to take place in April.

TUTAG meets government; conditions of service negotiations b...
31 minutes ago