Contributions In Parliament - NDC Has The Edge

By FREE PRESS/Corrected by McKinley 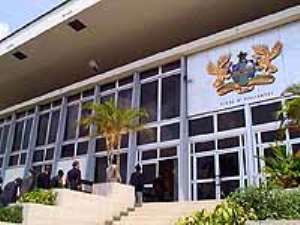 A survey conducted by "THE FREE PRESS" indicated that inspite of the NPP winning majority seats in Parliament, the proceedings of the House were mainly handled by the minority in Parliament because of their in-depth knowledge of the standing orders of the House. From the beginning of 2001 to the early part of 2002, proceedings have been dominated by the minority caucus in Parliament. According to the paper it was the novice nature of the new MPs on the majority side, that has been detrimental to the NPP MPs because many times they had to lobby vigorously for votes when it came to dealing with critical issues in the House. A source close to the NPP majority side told the paper that the minority caucus truly dominated the House because of their working experience in the various proceedings of the House; adding that it was against this background of experience that they were able to actively participate in the decision making of the House.