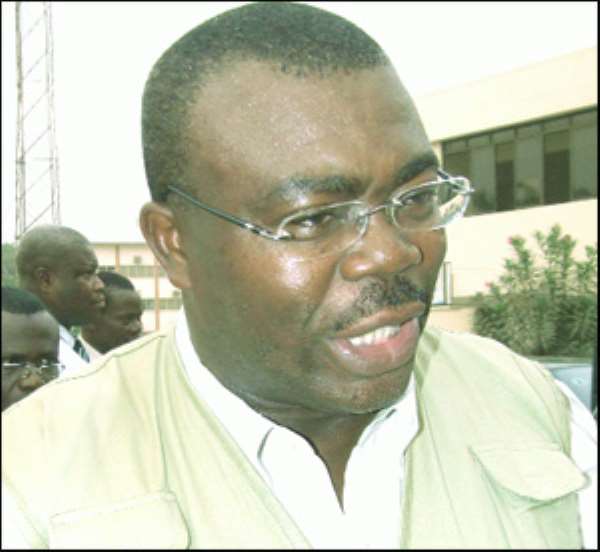 AN ACCRA FAST Track High Court has ordered that the passports of Stephen Asamoah-Boateng, the Former Minister of Information and his wife, Zuleika Lorwia, should be released to them after a four-month seizure.

The court gave the order after both the prosecution and the defence teams had argued extensively on the review of an order which the court had earlier issued that their passports should be handed over to the registrar.

Mr. Asamoah-Boateng, together with his wife and six others, is standing trial for allegedly conspiring to contravene the Procurement Act by not following due processes in obtaining a contract amounting to GH¢86, 915.85 for renovation work at the Ministry of Information.

When the case was called, Nene Amegatse, counsel for Asabee and his wife, reminded the court of its decision to review the bail conditions which deprived them of their passport.

According to him, he could not move a motion after the time given by the court because the judge was on leave at that time and this, he observed, affected the businesses of his clients during the Christmas holidays.

Mr. Amegatse, who observed that the fact that the accused persons were standing trial was not a guarantee to halt their businesses, prayed that since the charges were misdemeanour for which they could only be sentenced to three years' imprisonment or pay a fine if found guilty, the court should exercise its discretion and release their passports to them.

He added that his clients were prepared to seek leave of the court anytime they intend to travel.

Mr. Gyanbiby, a chief state attorney, on the other hand argued that the charges were not misdemeanour and that once a person is standing trial on criminal offences; he does not have absolute liberty and therefore could not leave the jurisdiction.

He further argued that the motion was in bad faith and that the accused persons also have the intention to leave the jurisdiction if given their passports, therefore the court should dismiss their application.

The court granted the wish of Nene Amegatse and ordered that the accused persons notify the court anytime they intend to travel outside the country.

Atta Akyea, counsel for Mr. Denkyira who has been accused of arranging a meeting for the contract to be awarded, suggested to Zita Okaikoi, outgoing Information Minister who was under cross examination that his client never arranged any such tender meeting, and in response, Mrs Okaikoi maintained that Denkyira had orally arranged a meeting.

She further disclosed that the said contract did not go through the tender process and that it was an oral directive from the former Minister, adding that the contract was over-inflated.

According to her, some quantity surveyors she called in to check informed her that the renovation work would cost GH¢50,000 and not GH¢86, 915.85; therefore due to her watchful eyes, she was able to save about GH¢30,000 for the state.

When asked whether he knew the one who was in charge of the contract, Mrs Okaikoi indicated that the meeting was attended by one Mr. Sowah, Mr Sampong and Mr. Denkyira who deliberated on the contract issue.

This made Atta Akyea put it to her that she lacked information and was ignorant of the facts, therefore dealing with second-hand information but she maintained that she did diligent work which has finally saved the nation some money.

As to why she had not paid the contractor for the work done, which to Atta Akyea can cause financial loss to the state because the ministry would have to pay for the interest that would be accrued on the money after a long time, the outgoing-Minister said it will be irresponsible to offer payment for a contract not well-executed.

Mrs. Okaikoi, during a cross-examination by Augustine Obuor, indicated that Mr. Sampong apologised to her for signing for the payment of the contract on her behalf without her notice and that she has recordings of that issue.

Mrs Okaikoi, upon counsel's request for the tape, has promised to present the audio recordings at the next hearing.