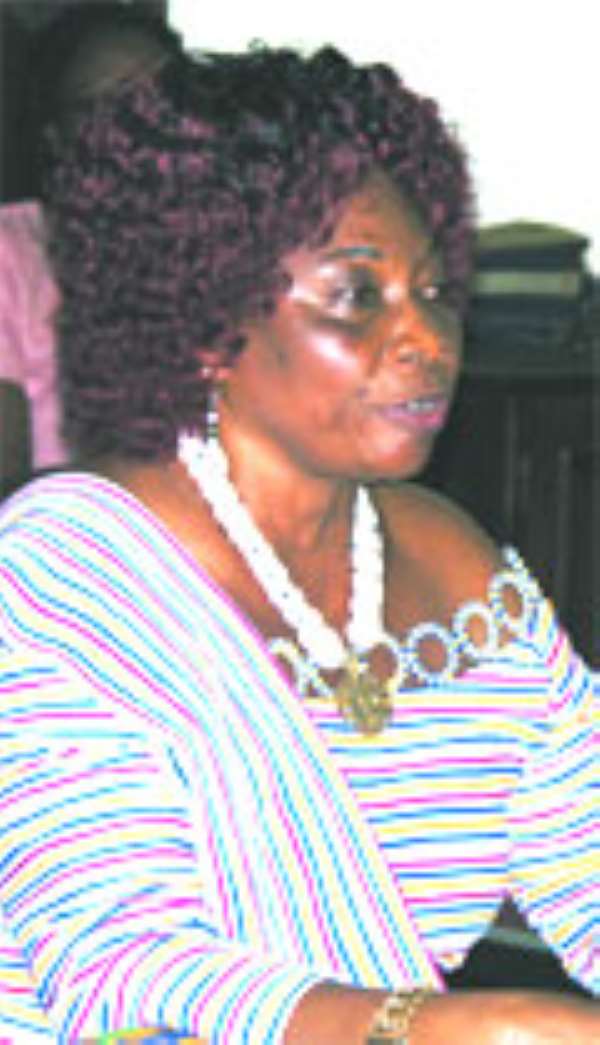 The newly-elected executives of the New Patriotic Party (NPP) in the Upper East Region, led by Agnes Chigabatia, have accused their predecessors of failing to render proper accounts of party assets in their possession.

The former executives, led by Mr. Ahmed Tahiru, have denied the charge, and counter-accused the Chigabatia administration of destroying the party in the eyes of the public.

The accusations and counter-accusations have resulted in confusion in the party.

According to Mrs. Agnes Asangalisa Chigabatia, though the old executives gave them handing over notes, they were not satisfied, and had therefore given them a 48-hour ultimatum to respond to a query they sent to them.

“You see, party assets are not your own property, the party is there, and the party will always be there,” she stressed.

Though the former Upper East Deputy Regional Minister in the Kufuor administration admitted that the new executives had sighted a document that contained the assets that should have been handed over to them, she declined to disclose them.

She however said, “if you raise a query for someone to answer, allow the person to answer, and when you are not satisfied, then you come in.

There are a lot of things. Initially, it was supposed to be a confidential document, because, when they gave us their handing over notes, it was confidential, but after reading and going through the whole thing, we saw that it was an insult to us, and not a handing over note. So, we raised a query, and asked them to respond to our query within 48 hours.”

When asked what she and her subordinates would do after the 48-hour ultimatum, should the old executives refuse or fail to respond to their query, Mrs. Chigabatia said should that happen, they would strategise and reconsider their stand on the issue.

She said if the old executives really love the party, then they should make the work of the new executives smooth, by doing the right thing.

She argued that what was captured in the handing over notes did not tally with the party's assets, hence the decision to issue an ultimatum. When the former Regional Chairman of the NPP, Mr. Ahmed Tahiru, was contacted, he said he was very shocked to hear the matter on Joy FM, when in actual fact, he had not received a copy of the said query letter.

According to him, the old executives presented their handing over notes to the new ones, and asked them to go through it, and if they were not satisfied with anything, they could get back to them, to discuss it.

He wondered whether the stance Mrs. Chigabatia had taken, depicts her as a true party member.

When asked what items he had captured in his handing over notes, the former regional chairman said, “I cannot discuss my handing over notes on air.” He stated that he and his colleague old executives would respond to the matter in due course, and more appropriately.