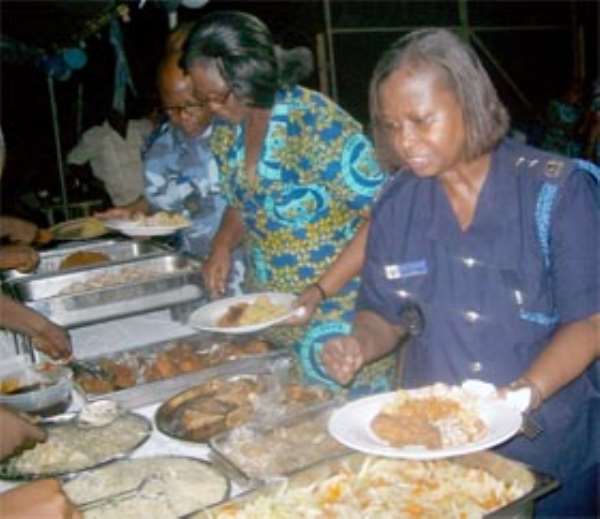 EVEN THOUGH the global economic crisis undermined revenue collection at the Kotoka International Airport (KIA), the Customs, Excise & Preventive Service (CEPS) says it was able to achieve 98 percent of its target for 2009.

Christina Akoto Bamfo, Sector Commander for KIA, who disclosed this at an end-of-year party for personnel of the service on Friday, revealed that an increase of 3.18 percent was recorded in 2009 over total revenue collected in 2008.

Mrs Akoto Bamfo also commended the CEPS personnel for their immense contribution, adding, “We have begun the year with more commitment and are determined to do much to overcome challenges. “We hope to revitalized the economy after the global economic turndown.”

She noted that there were early signs that 2010 would be an exciting year.

“The ISO certification would render unparallel service to our stakeholders and the general public,” she stressed.

But she could not disclose to City & Business Guide, the target of the service for this year.

She said the service had contributed 19 percent of total national revenue in 2009, despite higher levels of exemptions.

Paul Azorkli, Deputy Commissioner in-charge of Human Resource, who represented the CEPS Commissioner, in a speech, appealed to staff and personnel to go the extra mile to attain the target for this year.

The overall best award (junior) went to Ali Moro Samah while Dyllis SikaTagboto won an award in the senior category.

They all received sumptuous packages and citations.