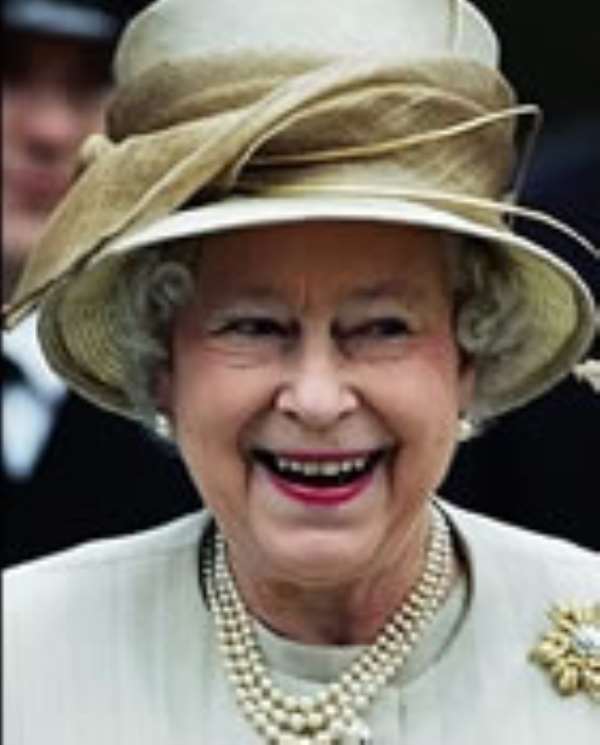 Queen Elizabeth II of Great Britain last Friday held bilateral talks with President John Evans Atta Mills on the wings of the Commonwealth Summit in Trinidad and Tobago and praised Ghana for its commitment to genuine democracy and the rule of law.

Ghana's unfettered freedom of the media and the active participation of civil society organization in governance also won the admiration of the British Monarch. In view of Ghana's impressive democratic credentials, Queen Elizabeth impressed on the country to exercise its influence in Africa by encouraging other countries on the continent to boost multi-party democracy in their quest to rebuild their economies and develop their societies.

The meeting between the British Monarch and President Mills was held behind closed doors. The Queen also held closed-door talks with 14 other Heads of Government attending the three-day summit in Port of Spain, the capital of Trinidad and Tobago. Sources at the talks told the Daily Graphic that Queen Elizabeth said Ghana had shown the way for other countries on the continent to follow in respect of peaceful and orderly change of government through the ballot box since 1992.

They said the Queen was hopeful that President Mills would deepen democracy during his tenure of office, as well as take the right steps to meet the expectations of the people. Queen Elizabeth, they said, also lauded Ghana for the strides it made to reduce maternal morbidity and mortality, in addition to providing access to education for the girl-child.

The sources said the Queen reiterated the preparedness of the United Kingdom to continue to extend assistance to Ghana in areas which the government deemed crucial to the social and economic development of the country. For his part, President Mills thanked Queen Elizabeth for the compliments paid to Ghana and the government and assured her of the government's commitment to democracy and the rule of law.