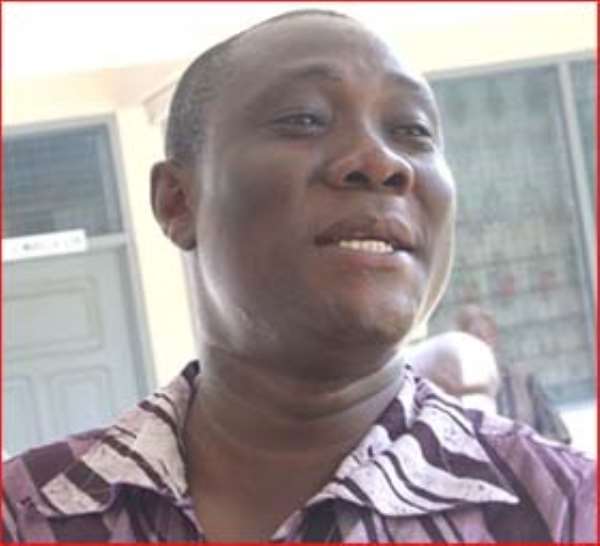 Various district assemblies exhibited varieties of items to showcase their investment potentials. Standing very tall among them however is the Kpando District which seems to have everything under the sun to make way for all kinds of investors.

Francis Komla Ganyaglo, District Chief Executive of the area told the media his district's strategic location between Dayi River in the East and Volta Lake to the West provides agricultural and tourism potentials that are unique and available for enterprising investors.

According to Mr. Ganyaglo, the Kpando-Dambai road to the North and the ever increasing traffic across the lake to and from Donkorkrom contains challenging opportunities for exploitation in all sectors of the economy.

The Crocodile Cave at Awate Todzi, Melili Peninsular at Torkor, the Slave Cave at Vakpo, the Archaeological site of German colonial Administration at Todzi, religious grottos at Agbenoxoe and Aziavi among other attractions make tourism in Kpando District very unique.

In terms of Agriculture, Mr. Ganyaglo said it is estimated that about 62 % of the active population are engaged either directly or indirectly in this sector with about 98% of farm holders being food crop growers, 17% in tree crop farming, 3% into industrial crop production and about 18% in livestock farming.

The district is also one of the few areas with potential for the cultivation of sunflowers which can be used for its oil and nuts known as good antioxidants and food.

It is also an excellent food source for poultry and livestock due to its high protein content, which helps to reduce the cost of poultry production and increases its profit margin not withstanding its control over coronary-related diseases such as hypertension, high blood pressure and heart palpitations.

One sector, in which Kpando District can easily be adjudged the national king, is its booming fishing industry which employs thousands of people in the 54 communities living along the Volta Lake.

As part of its readiness for investors, DAILY GUIDE has reliably learnt that about 90% of communities in the district are connected to the national grid with the presence of hydro-electricity as an opportunity to boost the industrial activities.

The Ghana Commercial Bank and the Asuobonteng Rural Banks are available for effective banking.

Other incentives from the assembly to investors include exemption from payment of property rates and other local taxes in the first year of operation. It also gives land for industrial sites, facilitates extension of utility services to industrial sites and free options for ownership, joining venture ship with other private investors or with the assembly.

Chaos during inauguration of Parliament unjustifiable – Bagb...
8 minutes ago

Bagbin declares NPP as Majority with Fomena MP
8 minutes ago