Volta Region To Get Airport 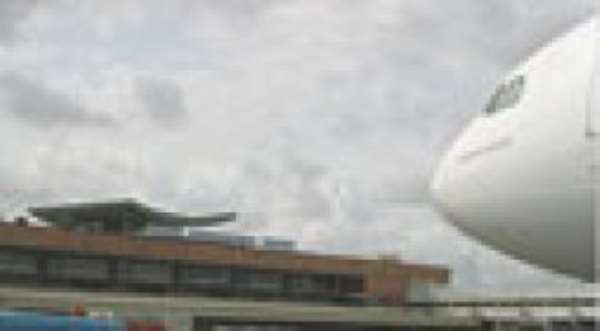 An airport is to be built in the Volta Region by the end of 2012 to facilitate trade and investment, as well as open the region up for tourism development.

The project, which will be a public-private partnership, is to bridge the gap between potential investors and the region, as well as expose the numerous trade and investment opportunities that abound in it.

The Chief Executive Officer of the Ghana Airports Company, Madam Doreen Fianko, announced this at the opening of the Volta Trade and Investment Fair in Ho last Monday.

It is on the theme, “Volta Region: Investors’ Destination”, and will run until November 22, 2009. The move, Madam Fianko said, was part of a grand plan to use aviation in developing tourism and harnessing the investment potential of the Volta Region.

According to her, plans were far advanced for acquisition of land for the project, and expressed optimism that the sod would soon be cut for the project to commence.

A member of the Council of State, Dr Bernard Glover, said the quantum of oil in the Keta Basin called for the establishment of a petro-chemical industry in the region, in preparation for the economic boom that the oil deposit promised.

He observed that one of the major challenges to trade and investment in the region was the unavailability of marketing avenues for products manufactured in the region and advised that the various seminars to be held should address that concern.

One other concern expressed by Dr Glover was over land litigation in the region, which he described as too pervasive and a great disincentive to investment.

He, therefore, advocated the setting up of a special committee to handle issues of land in the region that would also ensure that land issues were transparent.

The Deputy Minister of Transport, Mrs Dzifa Aku Attivor, said in line with the government’s plan to speed up the development of the region, the road network would be expanded at an accelerated rate, so that the region would be opened up for trade and investment.

He said the Mills administration would not renege on its promise of ensuring that the Volta Region was strategically placed as an investment destination, adding that it was conscious of that and was working tirelessly towards the attainment of that goal.

For his part, the Volta Regional Minister, Mr Joseph Amenowode, announced that the Volta Regional Co-ordinating Council (VRCC) would soon organise a stakeholders’ conference to formulate a holistic development plan for the region.

The Chairman of the Planning Committee of the fair and Deputy Volta Regional Minister, Col Cyril Necku (retd), said the fair was part of efforts that the VRCC and its partners had put in place in a bid to attract investors into the region.