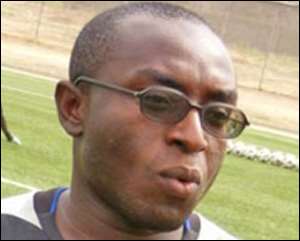 Opeele joined Kotoko from Tema Youth and had one year more left out on his two-year contract with Kotoko.

A source close to this paper could however not pin-point the exact motive for Opeele's shocking decision but speculated that there was strain relationship between him and Coach Herbert Addo.

According to him, Opeele had made his intentions clear to Kotoko officials, who had also given him the approval to leave the Club.

The source further revealed that Opeele had been given a mouth-watering offer at the Kumasi based, King Faisal and might sign for Alhaji Grunsah's club.

He reverted to the assistant managerial position after some lackluster performances by the Club.

They Sent 'Dante Crocodiles' To Our Area To Scarce Us — Ajum...
50 minutes ago