Gas To Our Rescue? : AFC, GNPC Hold Talks On Investment 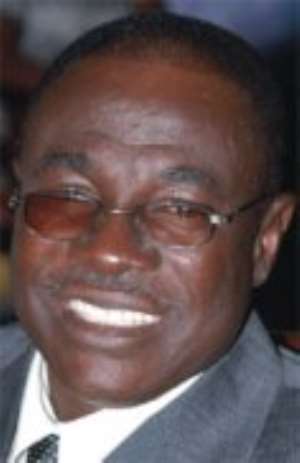 The Africa Finance Corporation (AFC) is holding discussions with the Ghana National Petroleum Corporation (GNPC) on financing the generation of electricity supply from the country’s gas resources.

The project will serve as an alternative source of energy for the country to ease the high demand on hydroelectric and thermal power and to meet the needs of local industries.

In line with the gas energy investment, the AFC has established a company, known as Senpower, which is already operating in the Kpong Fields.

The Deputy Chief Executive Officer (CEO) of the AFC, Mr Solomon Asamoah, who made this known to the Daily Graphic yesterday, said initial studies undertaken by the company had established that Ghana had sufficient gas resources to power most of its industries.

“Ghana is lucky to have different sources of energy. The challenge is how to tap the gas and distribute it economically in the whole country,” he said.

Mr Asamoah, who doubles as the Chief Investment Officer of the AFC, urged Ghana to take advantage of the goodwill it enjoyed among the international community to raise the needed capital to execute the oil and gas projects.

The AFC, which is partly a financial bank and partly a development financing institution, is the only African financier of the Jubilee Oil Fields in Ghana, having invested $50 million in debt financing to help develop the fields.

“We think it is important, as an African institution, to make sure that the gains of oil and gas accrue to the benefit of the local people,” Mr Asamoah said.

Established in 2007, with its headquarters in Lagos, Nigeria, the AFC has important lessons, both good and bad, to share from the Nigerian oil and gas industry and Mr Asamoah expressed the hope that the company would bring that experience to bear on Ghana’s emerging oil industry.

In that regard, he stressed the need for the involvement of local people in the exploration of oil and gas to avoid domination by foreigners.

He said the assertion that local people lacked the expertise to warrant their involvement in such projects was only an excuse to deprive them of opportunities, pointing out that they could be given the opportunity and the training to develop their skills.

With a capital of $1 billion, the AFC has a mandate to address the infrastructure deficit across Africa by making investments and helping to develop infrastructure needs.

Since its establishment, the AFC has approved $200 million to undertake various investment projects, including the financing of the Jubilee Oil Fields in Ghana.

It has also invested in a sub-marine communications cable travelling from Portugal across the west coast of Africa through Senegal, Cote d’Ivoire and Ghana, ending in Nigeria.

According to Mr Asamoah, the $250 million project was to “revolutionalise the cost of Internet and telecommunications access in Africa by increasing the capacity of bandwidth in African countries 10 times.

Another investment by the AFC, according to Mr Asamoah, was the financing of the purchase of an aircraft for a Nigerian airline under its trade financing arrangement.

The AFC is a public-private partnership venture, with the central bank of Nigeria owning 40 per cent shares and some private sector operators owning the remaining 60 per cent.

Currently, five African countries constitute the membership of the AFC. They are Nigeria, Guinea Bissau, Sierra Leone, The Gambia and Liberia.

Five other countries — Ghana, Zambia, Guinea Conakry, Rwanda and Mauritania — are expected to get on board by the end of this year, while other African countries are to join in due course.