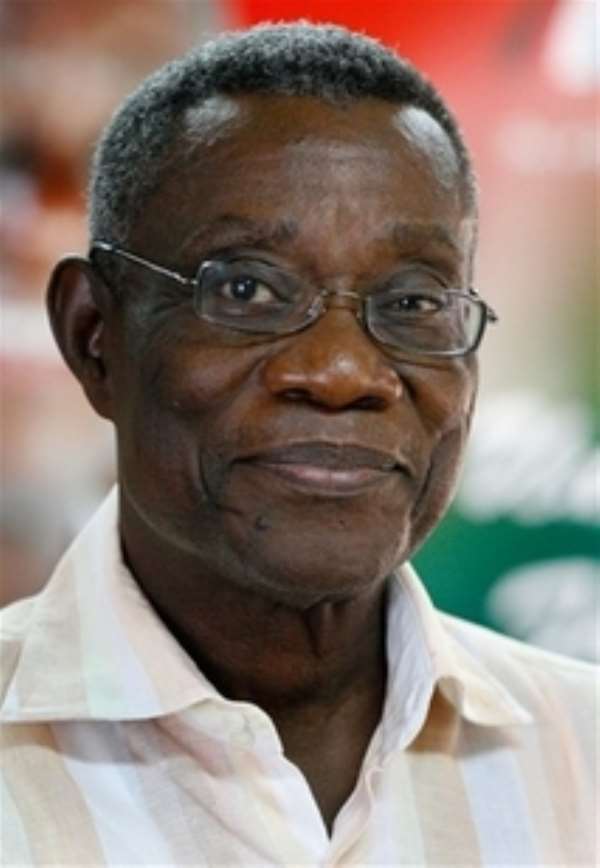 When George W. Bush was president of United States of America, few knew of his Treasury, Commerce, and Agricultural Secretaries. But even a kid at six knew of his Defense Secretary Donald Rumsfeld, and National Security Advisor Condoleezza Rice. That was not surprising given that the entire focus of the Bush administration was on war – nothing else. Over a trillion dollars later, and Osama bin Laden still elusive, Bush looked back towards the end of his tenure to find the economy in the gutter. That was when Treasury Secretary Paulson became a household name, but it was too late. Are we seeing a repeat performance on the part of the NDC administration headed by President Mills?

For over five months now Ghana's new administration has done little beyond unleashing the BNI on former government officials. Public snatching of Sports Utility Vehicles (SUVs) has become the order of the day. Untold energies expended on what car former President Kufuor should drive, what facilities he should use for his office. So petty has members of the NDC become that they even forcefully seize public toilets as a way of exerting their manhood.

The latest round of the BNI tactics is to invite ex-officials for what they call “a friendly chat.” And oh, the chat is so friendly that their “chat mates” cannot decline the invitation, their attorneys cannot be present, and in some cases, they cannot leave the BNI premises for nine hours. The most ridiculous of all the invitation to chat was the one targeted at former Information Minister Steven Asamoah-Boateng. He was physically stopped by UNIDENTIFIED operatives from boarding a flight out of the country because he had a FUTURE invitation to a “friendly chat” with the BNI of which he had absolutely no knowledge. Was that a mind twister?

Let's try again. The BNI had plans to invite the former minister for a “friendly chat,” but the invitation had not been sent to him yet. Nevertheless, he cannot travel outside the country in a democratic Ghana. Now if the former minister, after receiving such invitation, decided to go on the trip, his interception could be defended. We have in Ghana today, a democracy that we have all worked hard to build, where the government can execute a retro-arrest without a warrant. At the current pace, this government would soon charge citizens with crime before it is ever committed.

Meanwhile, as this drama unfolds, the Cedi is in free fall against all major currencies. What is your government doing about it? Nothing. International investors are growing increasingly uncomfortable doing business in Ghana and some are packing their bags to leave Ghana, a development that can starve our country of vitally needed foreign exchange and employment. Any corrective action by the government? Not a finger lifted. The national carrier, Ghana International Airlines is hurting because traffic on its Accra-London route, its only one, has dwindled to dangerous levels; criminals have taken the law into their hands and running people out of the offices of government agencies like the NHIS office in Tamale; NDC party big shots pick and choose which ministry to run behind the scenes without the knowledge and approval of the government (don't take my word for this, ask Rawlings, he has been complaining about it); these and many more threats to our national economic security and political stability have largely been ignored by an administration tranced by a vindictive fixation on relative trivialities.

Since the day Barack Obama was inaugurated as president of the United States, he has rarely looked back. The barrage of policies and legislations he has spearheaded is reminiscent of the FDR days when another serious president decided to take an economic bull by the horns and fix it. All told, up to sixteen policies and legislations have been instituted to deal with the current global economic crisis. And what are we doing in Ghana? Sit down, do nothing, and blame it all on the NPP government. Can anyone name one serious policy or plan that the NDC administration has forwarded to deal with the current economic crisis?

Economies do not fix themselves. And in life, one's priorities are easily identified by what one focuses on or spends the most time on. If the Mills administration came in for the sole purpose of prosecuting officials of the Kufuor administration, Ghanaians deserved to have been told during the campaign. Rather, Mills promised to heal the divide, but the divide has widened back to that which existed during the Rawlings era. He promised to reduce fuel prices only to usher in an increase far outpacing the increase in Crude Oil prices in the world market. He promised peace, but political harassments and killings have dramatically increased.

Regardless of political affiliations, all Ghanaians hope that we would not look back, when all these car and toilet snatchings and BNI abuses are over, to find a nation so economically ruined that another party will have to begin from scratch to fix the problem. If the Mills administration spent one-quarter of the time and energy it has spent fixated on former government officials to tackle the economic woes Ghana faces today, we may very well be on the road to recovery. The shepherd who abandoned the entire herd to retrieve one cow will return with that cow to an empty barn. If we are going to cry over spilled milk, it makes sense to safeguard the milk still left in the bowl.

Ghana must not be caught pants down in future, let's find av...
38 minutes ago

Sputnik V saga: ‘Why should I be a subject of ridicule for b...
45 minutes ago