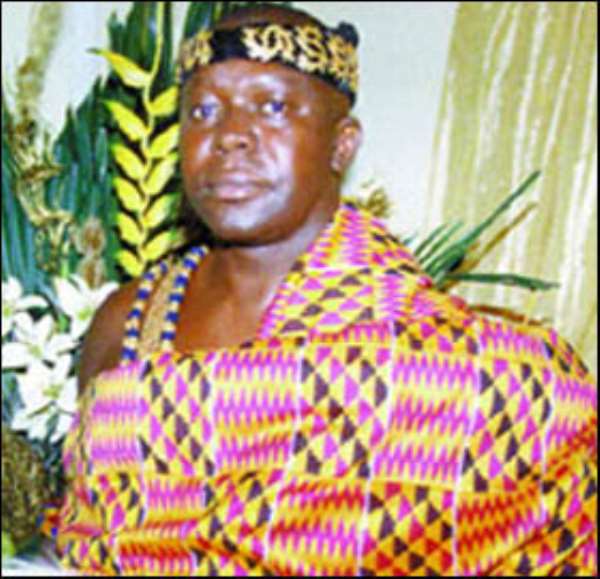 Almost all the paramount chiefs and some sub chiefs in the Ashanti Kingdom, dressed in assorted traditional clothes, graced the occasion held at the Manhyia Palace in Kumasi.

The Asantehene in his opening address bewailed alleged missing black stools in some paramountcies in the Ashanti Kingdom of late.

Mention was particularly made by him of places like Kumawu, Esumaja and Offinso Traditional areas, where speculations are ripe of incidence of missing black stools.

Though Otumfuo could not pinpoint as to whether the allegations were true, he lamented the situation, insisting the development was worrisome to him.

He made it clear to the chiefs that if the rumour turns to be true, it could have devastating effects on the Ashanti Kingdom.

He thus charged the chiefs to always protect and ensure that those black stools which were bequeathed to them by their ancestors remained intact for generations yet unborn.

Otumfuo tasked also the chiefs to be development oriented leaders admonishing them to work tirelessly to develop the areas of their jurisdiction to benefit of the people.

He commended the chiefs for their invaluable roles which led to the development of their localities last year, pointing the need for them to work with extra zeal this year.

Otumfuo, who would soon celebrate his tenth-year on the Golden Stool, urged the chiefs in his kingdom to play vital roles to make the event a success.

He prayed for God's guidance, protection and provision for every citizen of Ghana in this New Year.

The Asantehene concluded by admonishing the populace to shun all acts that would tarnish the image of the country, urging them to strive harder than ever to make the country a better place to live in.

The colourful traditional ceremony was characterized by the drumming and dancing of 'Kete' and 'Adowa' tunes amid shooting of muskets by the royal guards. From I.F. Joe Awuah Jnr., Kumasi.

Chaos during inauguration of Parliament unjustifiable – Bagb...
46 minutes ago

Bagbin declares NPP as Majority with Fomena MP
46 minutes ago