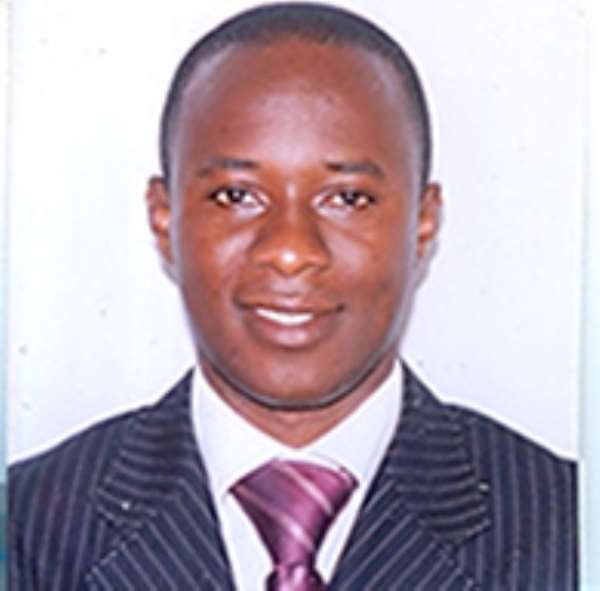 
The National Union of Ghana Students has endorsed a planned demonstration by students of the Wa campus of the University for Development Studies against the suspension of the SRC President.

The union believes the action of the university authorities to suspend, Mr. Naab Alphonse is arbitrary and unnecessary.

This was contained in a statement issued and signed jointly by the president, Ishmael Tweneboa-Kodua and Press and Information Secretary, Malik Abass Daabu.

According to the statement, NUGS will organise nationwide demonstrations if the authorities do not reverse the decision.

It said the "increasing interference with students' matters by school authorities especially management of the UDS, is unfortunate and regrettable."

The full statement is published below:

STATEMENT OF THE NATIONAL UNION OF GHANA STUDENTS ON THE CRISIS AT THE WA CAMPUS OF THE UNIVERSITY FOR DEVELOPMENT STUDIES (UDS).

The National Union of Ghana Students (NUGS) wishes to endorse all legitimate actions by students of the Wa Campus of the University for Development Studies to resolve the leadership crisis there.

We view with serious concern the suspension of Mr. Naab Alphonse as the Central President of the Students Representative Council of the University.

The increasing interference with students' matters by school authorities especially management of the UDS, is unfortunate and regrettable.

Treating adults in a tertiary institution as though they were primary school kids is reprehensible to say the least.

The authorities of UDS have no mandate to suspend Mr Naab as the SRC President because they did not elect him.

If he flagrantly violates any school rule, the best the University authorities could do is to apply the school regulations proportionate to whatever crime he may have committed and not arbitrarily suspend him as the President of the Students Representative Council.

We also consider the grounds under which Mr. Naab was purportedly suspended by the authorities as quite bizarre.

According to the letter suspending Mr. Naab, he granted unauthorized interviews to the media.

What does this mean, that students of the University have no right to talk to the media on issues bordering on their lives unless the school says so?

Article 21, (1) (a) of our national Constitution says; “All persons shall have the right to freedom of speech and expression.” We are not and cannot be convinced that the comments by Mr. Naab had any implications for national security, public order, public morality or constrained the protection of reputations, rights and freedoms of other persons under which this fundamental right to free expression could be curtailed.

The bar on the gentleman from expressing his views as a citizen of Ghana is therefore inconsistent with the laws of Ghana and therefore illegal. That cannot be used to suspend a student leader whom the authorities did not even have the power to suspend in the first place.

Under our current constitutional dispensation, the University had the right to a rejoinder if they felt the SRC President had put out inaccurate information.

It is unfortunate that a university in the 21st Century, and in Ghana for that matter, will require students to seek permission from university authorities to express their views.

We also hope the reports of intimidation by the police in Wa are not true. But if they are, then the situation is most unfortunate because such acts can only seek to deepen the mistrust between students and the police.

We hope brute force will not be used against our members in Wa.

The union wishes to state without any equivocation that it sanctions fully all legitimate actions as long as they seek to resolve the issues through non-violent means.

We urge students also to resist the temptation to damage school property by way of protesting any injustice, including genuine grievances that we feel are not being addressed - for it does no one any good to chart such a path. Such acts deny us public sympathy as well as cast doubts over our claim to being responsible future leaders.

We pray the students not to do anything illegal and wish to assure them that the entire students of Ghana will embark on endless peaceful public demonstrations until full rights are restored to them and the SRC President.

The utter indifference to the rights of students and the unmitigated hostility towards proactive student-leaders by school authorities in the country must stop.

The display of intolerant exclusiveness, and a belligerent sense of supremacy vis-à-vis students is not helping to foster a congenial learning atmosphere in our universities.

How can we produce a confident group of future leaders to take the mantle of leadership in the country when we deliberately frustrate confident students' leaders?

NUGS will solidarise with all student groups who fight for their right within the remit of the law.

We also call on President Mills to intervene in the matter to avert what could possibly lead to undesirable consequences for students and the educational calendar of UDS.