Why Is Gold Price Falling? 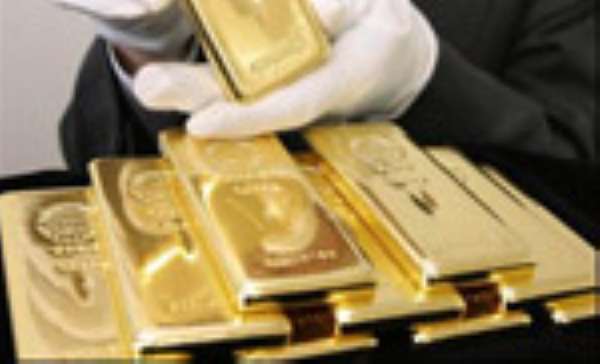 The recent gold price reversal, coming as the euro continued to climb against the U.S dollar, may be a signal that the strength of euro has been overcooked, gold analysts have said.

Gold has broken ranks with its commodity stable-mates to plumb four-month lows last week, shedding almost $200 after hitting a record $1,030.80 an ounce in mid-March.

“Traditionally, the greenback's inverse relationship with the precious metal goes thus: if the dollar falls, gold rises as the weaker U.S. currency makes gold cheaper for non-U.S. investors and vice versa,” they stated.

Gold's role as a safe store in troubled times shone out, with a 60 percent spike to the March high in just seven months as markets endured shocks stemming from the global credit crunch that started in August last year.

Trade between the euro and dollar accounts for some 27 percent of a-day of global foreign exchange turnover and the euro/dollar-gold absolute correlation is among the strongest, averaging 94 percent since the start of 2007.

From April 22, when the euro rose above $1.60 for the first time ever and the relationship falters, gold failed to show a strong reaction to the currency move, staying some 10 percent below its high and as oil ran towards $120.

If the link between gold and the dollar remains as strong as it has been, then currency traders could be well advised to lighten their euro positions.

Gold bugs and bears are split over whether the recent falls are just a temporary blip in an overall seven-year uptrend. But some of the factors behind the drop have a particular resonance for euro/dollar.

Commodities, including precious metals, have prospered in a fear-charged atmosphere during the credit crunch where volatility spiked and the rug was pulled out from under other asset classes.

Despite further fall-out from the credit crunch as banks unveil the extent of their losses, stocks are now challenging four-month highs.

Indeed April was the best month for global equities since December 2003.

Meanwhile, the dollar has tentatively recovered from its lows, hitting a one-month high versus the euro and 2-month peak against the yen last week. Measures of market volatility are also easing.

"Gold is the riskier asset. Out of the two it's less liquid, it's more volatile. Once markets receive new information and they want to adjust their positioning, the knee-jerk reaction would be to get out of gold first," he added.

Another key support of the euro and gold is also looking wobbly, as fledging signs of easing inflation pressures emerge in the euro area.

“The gold correction reflects a diminution in inflationary concerns. It's not obvious in the euro zone yet but certainly the break even inflation rates in the U.S. are quite stable," said Steve Pearson, chief currency strategist at Bank of Scotland Treasury services.

A poll of 50 traders and analysts conducted by Reuters in January sees the gold price averaging at $840 per ounce in the fourth quarter of this year. Mineweb