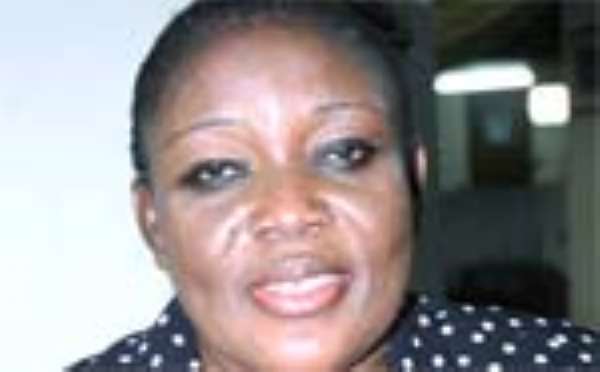 DAILY GUIDE's investigations have revealed that many people, who were planning to vote 'skirt and blouse' in the Cape Coast Constituency in the December general elections, have rescinded their decision due to the refusal of the incumbent Member of Parliament (MP) for the area, Madam Christine Churcher to pick a nomination form to contest the constituency primary.

Madam Churcher, who has been the MP for the area for three consecutive times, shocked people of the area when she failed to pick forms to contest for the seat again, especially as she came out to register about one thousand constituents under the National Health Insurance Scheme (NHIS) a few days to open of nominations; an action that fuelled speculations that she was eyeing the seat for a fourth time. This compelled some constituents who did not like the MP's leadership skills to declare that they were going to vote 'skirt and blouse' in the December elections.

In an interview with DAILY GUIDE, the Cape Coast Constituency Secretary of the NPP, Mutala Mohammed was hopeful that the party could retain the seat even with a fresh candidate, debunking claims that the NDC parliamentary candidate, Lawyer Barton Oduro was well-known in the area.

“Let me tell you this, whoever we present can win the seat for us one-touch, based on what President John Agyekum Kufuor has been able to do for Cape Coast.”

Madam Churcher, as at the time of filing this report, had traveled outside the country on official duties.

Five people who picked nomination forms to contest the primary on the ticket of the NPP had all submitted them.

Mr Savage, who was the last person to submit his form on Monday, has his campaign message as “Unity, Peace and Goodwill,” and promised to win the seat one-touch for the party.

He mentioned education, sanitation and employment as his main priorities.

The two are the incumbent MP, Mr Andrew Mensah and Maxwell Noxwell Baidoo, a bursar at the University Practice Senior High School in Cape Coast and former Presiding Member of the AAK District Assembly.

At Ajumako Enyan Essiam Constituency, out of the six people who picked the forms, only four (including the incumbent MP, Mr Isaac Edumadze) had submitted them.

At Gomoa West, two people picked the forms and had both submitted them.

They are the incumbent MP, Mr. Joe Hackman and the Presiding Member of Gomoa District Assembly, Mr Fred Oscar Abban.