Osafo-Maafo declares: There is only one camp in NPP 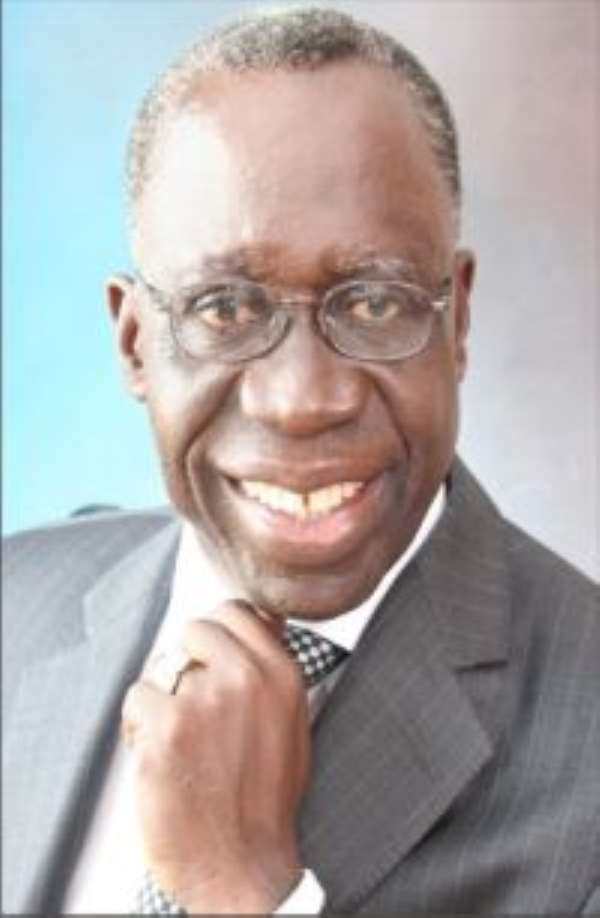 Former New Patriotic Party Presidential Aspirant Yaw Osafo-Maafo has declared, on behalf of his colleague aspirants and their supporters, that there are no longer any personal camps in the party; the only camp they recognise in the party is the one formed by the NPP to market the party's Presidential Candidate, Nana Addo Dankwa Akufo-Addo in the December elections.

Quoting from the scriptures, the Akim Oda MP said although all the aspirants went into the contest confident of victory, God in his wisdom chose the candidate best suited for the needs of the party.

Akufo-Addo's victory, he added, was "right," because he was one of those who had "suffered the most" in the fight to restore and entrench democracy in the country.

An NPP victory in the December poll would further preserve, protect and promote democratic ideals that would be invaluable in the country's development march. This agenda is already on course; all that was required to achieve this was for the party to resolve petty, internal wrangling in order to hand the NDC and the other parties a handy defeat, he added.

The former Finance Minister made this declaration at the Glamossey hotel in Sunyani yesterday when he accompanied Nana Akufo-Addo to meet all the constituency executives, delegates to the just ended congress, some leading party members including the Brong Ahafo Regional Minister, Ignatius Baafuor Awuah, his deputy Kwadwo A Kwakye, Ports Minister Christopher Ameyaw-Akumfi, Obeng Busia, and a number of District Chief Executives.

Following the necessary creation of campaign teams and camps to support the flagbearer ambitions of the 17 aspirants in the run-up to last December's National Delegates' Congress of the New Patriotic Party, there were fears that the party would break up after the inevitable election of just one of them, leading to the possible breakaway of the supporters of the other aspirants.

However, this fear has proved unfounded, with all the aspirants immediately pledging their support for the Abuakwa South MP on the Congress ground and further holding consultations with him on an almost daily basis on the way forward.

Speaking earlier, Brong Ahafo Regional Minister Baafuor Awuah said judging by the reception accorded Nana Akufo-Addo, who he described as President-In Waiting but not a presidential candidate for NPP, at Berekum on Sunday night when he attended the funeral of the mother of Yaw Boahene, a party stalwart, and at yesterday morning's meeting at Sunyani the party could, with a little extra work, conservatively capture 20 of the 24 seats in the region, up from the 14 the party holds at the moment.

"It s important that we preach the good news of Nana Akufo-Addo's and the party's vision for the nation as we go into this election," he reminded party faithful, underscoring the gravity of the battle ahead.

He promised that he would work assiduously with officials to deliver the region to the NPP.

Similarly, Nkrabeah Effah-Dartey, MP for Berekum, called on party members to rally behind Nana Akufo-Addo. He added, "We are solidly behind you, so when you win don't forget Brong Ahafo."

Re-echoing the Regional Minister's description of the region as the "heart of Ghana," Nana Akufo-Addo predicted that whoever wins Brong Ahafo will most likely win the national election, and appealed to the electorate in the region to give him their mandate.

He expressed delight that the love, dedication and spirit of togetherness that has been the hallmark of the Danquah-Busia-Dombo tradition was more alive today than ever, exhibited by his colleagues who lost the elections to him in the recent congress and explained that it had normally been the tradition of the great NPP.

The party, he reminded them, has never made a mistake yet in the choice of leader, from the days of the late Adu Boahen to President Kufuor, and just as losing candidates have successfully supported the winner, his colleagues were continually reaffirming their dedication to the cause that has made the NPP the most successful political party in Africa.

Nana Addo appealed to Ghanaians, especially the youth, to register their names massively when the voter register was opened in March. He disclosed that a task force would be formed to provide some guidelines which would ensure effective party and government relationship in the system.