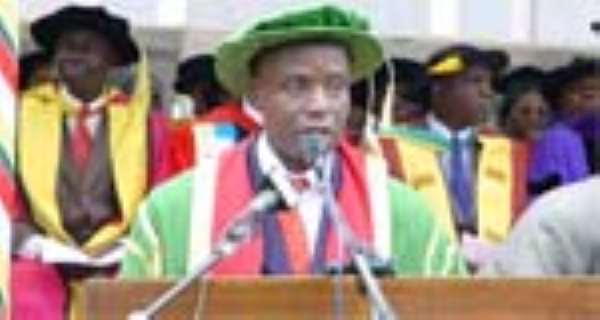 REPORTS REACHING DAILY GUIDE indicate that the former Vice Chancellor of the Kwame Nkrumah University of Science and Technology (KNUST) in Kumasi, Professor Kwasi Andam, 61, has died after a short illness.

Authorities of the university, lecturers and students who got wind of the sudden death of Prof. Andam at the 37 Military Hospital in Accra reportedly broke down in tears and expressed disbelief over the heart-breaking news.

A family source who confirmed the death of the professor said he died of cardiac arrest four days after he was admitted at the hospital.

Sources said Prof. Andam, who was Vice-Chancellor of the KNUST between 2002 and 2006, was until his death, working in Accra as a consultant.

He is survived by a wife and three children.

Galamsey fight: Four Chinese nationals to be deported
51 minutes ago

Gov't must opt out of Sputnik-V vaccine procurement contract...
51 minutes ago