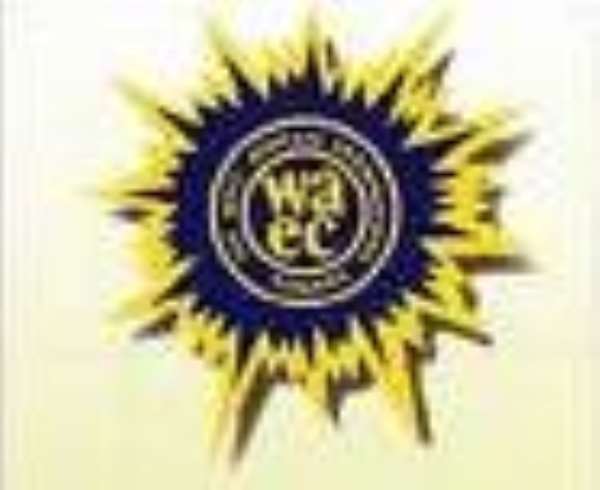 In a statement announcing the provisional results of the May/June 2007 WASSCE results on Monday, the Council said the entire results of 6,076 have also been withheld pending the conclusion of investigations into various irregularities committed.

The statement signed by Mrs. Agnes Teye-Cudjoe, Senior Public Affairs Officer for the Head of National Office, WAEC in Accra said nine who had their entire results cancelled had also been barred from writing any examination conducted by the Council for two years.

"Four candidates had their entire results cancelled”, it said, adding that several cases of examination malpractices were recorded during the conduct of the May/June 2007 WASSCE" and attributed that to poor supervision and invigilation.

The statement said although the results were being dispatched to their various schools, candidates could also access their results online.
It noted that, out of the 133,574 candidates from 534 schools who registered for the examination 36,386 (27 per cent) passed in eight subjects while 25,861 (19 per cent) passed in seven subjects.

The statement said, while 2,901 (two per cent) failed in all subjects, 381 absented themselves.