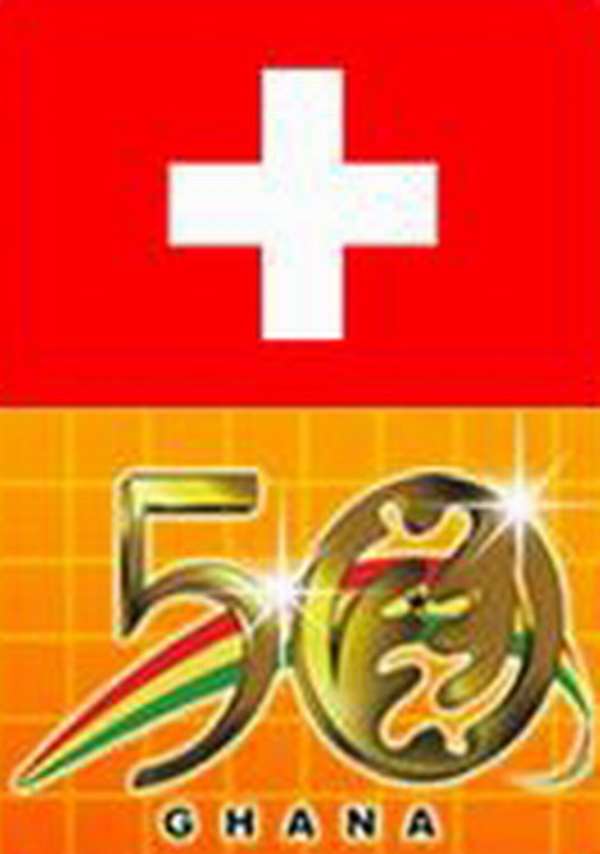 The main objective of the Celebration is to showcase Ghana's rich cultural heritage, natural resources and investment opportunities. The Celebrations will further strengthen the friendly relations that exist between the two countries with special emphasis on the promotion of socio-economic and cultural cooperation.

Funds to be generated from the celebration will be used to support development projects, particularly in the health and educational sectors in Ghana.

The celebrations begin with a Ghanaian stamp collection from colonial times to date in Lucerne on Friday 26th January 2007 at 6:00 p.m. The programme also includes a special Moslem Prayer in Geneva on 2nd March 2007, Official receptions by the Embassy of Ghana in Berne on 6th March 2007 and by the Permanent Mission in Geneva on 9th March 2007. A Trade Exhibition from 14th to 20th April 2007 as well as a concert featuring Kojo Antwi, Sidney and Meiway on 21st April 2007 in Geneva. A special Thanksgiving Service has also been scheduled to be held on 11th March 2007 in Geneva.

H.E. Mr. Kwabena Baah-Duodu has, meanwhile appealed to all Ghanaians and friends of Ghana to endeavour to make the celebration a success in Switzerland. The theme for the celebration is the same as in Ghana, i.e. 'Championing African Excellence”

Below is the date, time, programme and venue including the cities:

Akufo-Addo fly to Paris
11 minutes ago