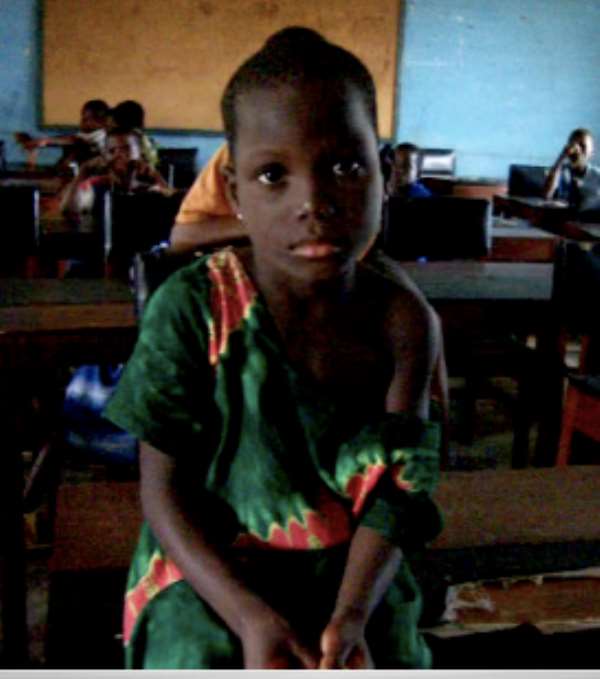 Our West Africa Coordinator, Lookie Amuzu just sent this video on the latest rescue in the fishing villages of Ghana. The video is rough but you get to see children just freed from slavery and why this work is so important.

This raw video just stopped me in my tracks. I was so thankful that these 18 boys and 7 girls had finished their ordeal and were in safe hands, but what they had been through set me searching for ways to expand this work, to make sure no child should ever go through this.

One older child talked about the day when his parents were tricked into sending him with the trafficker, and he was then put to work on the fishing boats on Lake Volta from early morning till dark, for 8 years, till the day when Free the Slaves' partner organization, APPLE, turned up and got him released. He spoke of the fear that was used to keep the children working: “At times, as a way of punishment, they paddled the boat away from us while on the river and we had to swim long distances to catch up with them”. He spoke of his fear of drowning.

But it was the brief interview with the five year old girl that raised so many questions. It wasn't really an interview, simply APPLE's Director, Jack Dawson, sitting beside her and gently explaining her circumstances. She was not ready to talk. I wondered how a five year old (actually trafficked a few years ago) could be forced to work; what it will take for her to recover and how her parents can be given the means to safely take care of her when she returns home; and what can be done on a larger scale to stop the trafficking of children.

At the moment, the children, ranging in age from five to sixteen are recovering at a new shelter that is government run, but where Free the Slaves pays for the care of the children. Most had been working on the lake, others were in domestic slavery, caring for smaller children, or looking after animals and processing food. During their 50 day stay at the shelter, they build up their physical strength with lots of good food. They start to learn to read, they talk with the staff about what has happened, and they just spend time playing outside. Some are being treated for malaria, bilharzia, malnourishment and other illnesses.

Meanwhile, APPLE workers who have been recruited and trained in the regions where the children come from, are tracing the parents, and informing them that their children have been rescued. They are working with the parents on ways to improve their income, especially through enrolling them on skills training courses and helping with funds to start up small family-based micro-enterprises. The workers are visiting local schools and arranging for the children to attend once they return.

Above all, rescues will never be enough. APPLE and Free the Slaves are determined to help all the parents in the worst-affected villages to understand the conditions that their children are going in to. We are bringing together parents, government officials, religious leaders and village heads so they can face up to this appalling abuse of their children and so they can work for the economic development and educational resources that will make a safer future for all their children.

Click here to find out more about APPLE'S work in Ghana and to see more video of the recently freed children.

Free the Slaves urgently needs to expand these efforts. Sadly, APPLE workers know that for every child they rescued, there are many more still in slavery at Lake Volta, and that a much bigger program of rescue, rehabilitation and reuniting with their families is needed. Free the Slaves is raising funds now to step up APPLE's program in 2007. Please consider supporting the work of Free the Slaves in Ghana and around the world.