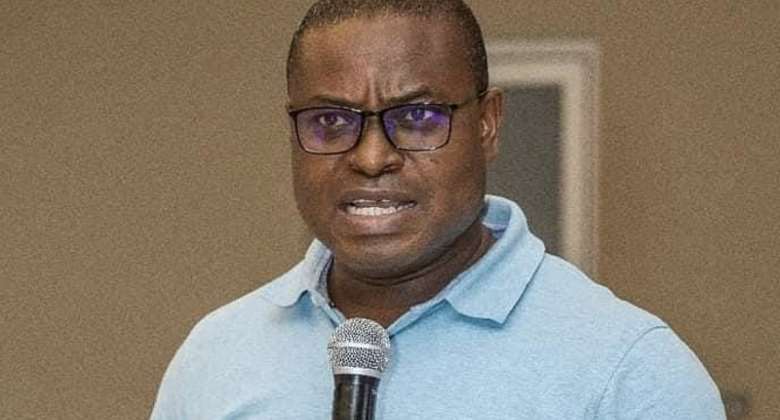 The National Communications Director of the ruling New Patriotic Party (NPP), Richard Ahiagba has predicted doom for the main opposition party, the NDC.

According to him, the party will lose the third consecutive time the presidential elections coming 2024.

Reacting to the NDC’s parliamentary leadership shake-up, the ruling party’s communicator noted that the move will also make the party lose some parliamentary seats such as Tamale South, Ketu North and Asawase.

Mr. Ahiagba noted that the lack of consultation from the NDC leadership before the reshuffle implies that the NDC always does the opposite of what it preaches in public.

"The NDC should kiss the Tamale South, Ketu North, and Asawase seats, and the 2024 Presidential elections, goodbye. The NDC preaches virtue and practices vice," his tweet reads.

Meanwhile, Mr. Johnson Asiedu Nketiah, the National Chairman of the NDC has explained that the move is a strategy to match the NPP boot-for-boot in the 2024 general elections.

Mr. Asiedu Nketiah claimed while speaking on Accra-based Star FM’s Midday News that the move will reposition the party’s parliamentary caucus in terms of economic debates ahead of the 2024 general elections.

"It is the continuation of our reorganisation exercise to reposition the party for the 2024 elections. So, it’s the continuation of the process which was started a year earlier, from branches through to constituency to regional and national. We’ve now come to the reorganization on the form in parliament," he is quoted by Pulse Ghana as having said.

He further explained, "The thinking is that going into 2024, the debate is going to be principally on the economy, and so we need to put our best foot forward so we can match the NPP in that area. That’s why we chose Ato Forson to lead the charge as Minority leader and then Armah Kofi Boah, our expert in energy, which is also going to feature prominently, and then Kwame Agbodza is our person on infrastructure.

According to the party’s chairman, they "will continue to move forward with our proposal in revamping the economy and hoping to attract the attention of the nation that we offer a better alternative to what we are seeing in the government now. So, the battle will continue, except that the key players have changed positions. So, we are not going to relent on making NDC the better alternative.