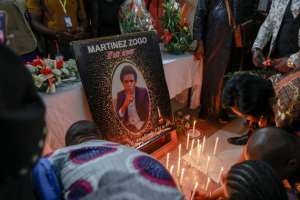 In response to news reports that Cameroonian journalist Martinez Zogo was found dead on Sunday, the Committee to Protect Journalists issued the following statement calling for those responsible to be brought to justice:

“Cameroonian authorities must conduct a swift and thorough investigation into the shocking abduction and killing of journalist Martinez Zogo,” said Angela Quintal, CPJ’s Africa program coordinator. “Zogo’s brutal death is only the most recent attack on press freedom in Cameroon, which remains one of Africa’s worst jailers of journalists, and where there remains a woeful lack of information on the 2019 death of journalist Samuel Wazizi in government custody.”

Unidentified attackers abducted Zogo, editor-in-chief of the privately owned radio broadcaster Amplitude FM, on January 17. He had recently reported on alleged public embezzlement involving a prominent businessman. The attackers chased Zogo to the gate of a gendarmerie office near his home, where he had sought help, and then kidnapped him, according to those news reports.

The journalist’s widow told CPJ by phone that she identified Zogo’s body at a morgue in the capital city of Yaoundé on Sunday. Media reports said the body had been found naked, mutilated, and in a state of decomposition in the nearby town of Soa.

Cameroonian journalist Samuel Wazizi died in government custody in August 2019, but authorities failed to inform Wazizi’s family of the death for nearly a year. CPJ has called for Cameroonian authorities to account for Wazizi’s death.