Jobs For Grabs – Leave The Streets 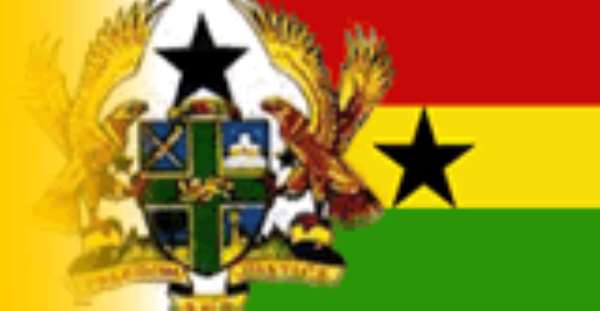 Manpower, Development and Employment Minister Abubakar Sadiqque Bonniface has described the National Youth Employment Programme as the best legacy of the Kufuor administration. With this job initiative on, the Minister believes that, there is very little reason for any fit Ghanaian to stay jobless.

"It is now time to create and provide jobs for the teeming unemployed and under-employed and we are doing just that. In fact, I don't see why some should be on the street when we can find jobs for them”, stated the Salaga MP.

According to the Minister, the programme aims to provide 175,000 jobs in a cycle year, but since it was launched in October this year, it has already registered more than 78,000 jobs. The Kufuor Loyalist challenged anybody who disputes the figure to check the facts at his Ministry and its agencies for verification.

“This is not a public relations programme; it is a legacy we are leaving for the youth of this country and it will certainly serve as a benchmark for successive regimes,” he assured. Opinions among the unemployed in Accra about the National Youth Employment Programme are mixed. While some say they have never heard of the programme since 2001 when they were first registered, others say it"s another political gimmick and that they will not bother to enquire with it.

Graham Owusu Sakyi, 33, a fresh unemployed university graduate, told The Statesman in an interview that he has heard of the NYEP and has not bothered to follow up, but he intends to apply to the programme after Christmas. Osei Bonsu 31, Yaw Seth 25, and Sammy Ankrah 32, all unemployed, were excited to hear of the existence of such a programme designed for them and promised to apply for the programme by the close of the week. But Nana Kwame, 19, and Samuel Boateng were some of those who were pessimistic. They did however say, “We shall apply and see what happens”.

The Former Deputy Trade Minister, however, said “nobody should doubt this programme; it is a national legacy we are leaving and we will prove to the doubting Thomases that we are setting a benchmark.” “We are creating a diversification for people to identify their potential to fix into the opportunities created, in fact let them make their independent choices and we'll surely find them jobs”, he boasted.

Giving the break down of the of the projected employment channels, the former Northern Regional Minister said the education sector is estimated to absorb 22,000 of the unemployed while the agriculture sector provides 24,000 for the idle hands with 8,500 going into community protection.

According to him, 10,500 will be recruited under the auxiliary nursing assistance programme and not less than 5,000 people are to be engaged under the internship scheme with Information Communication Technology training for 5,000 people annually. Waste and Sanitation will also keep 5,000 people busy, with the revenue mobilisation tax force absorbing 400 in Accra and 40 in Kumasi.

Forty people have just been recruited for the just introduced Sanitary Inspectors scheme, while opportunities are being sought in the Controller and Accountant General's Department, Audit Service, Department of Social Welfare, VAT and the Internal Revenue Service. Other areas include the Registrar General's Department, Ridge Hospital, ECG, the Non Formal Education Division and the District Assemblies.

According to the Salaga MP, stipends will be paid to all those provided with jobs under the NYEP on weekly basis to enable them take care of their families. “We'll have found the resources for that,” he promised. He explained that the NYEP does not necessarily require applicants who have had formal or classroom education because those who have not benefited from the educational system can apply to various models of the programme, choosing whatever is appropriate to their chosen field.

According to the Minister, this program is the delivery of a promise by President Kufuor. He assured that those who do not have any classroom education that very soon the NYEP will come out with a model to help them get training in car garages and mechanical organizations nationwide. He added that discussions are far advanced with various vocational organizations, particularly 'Magazine' in Kumasi, to get the youth enrolled to train in different kinds of mechanical jobs.

The minister concluded that there are over ten models in the youth employment programme so far and it is expected that the number of beneficiaries of the programme will exceed a hundred thousand (100,000) by the beginning of next year when more models are launched.