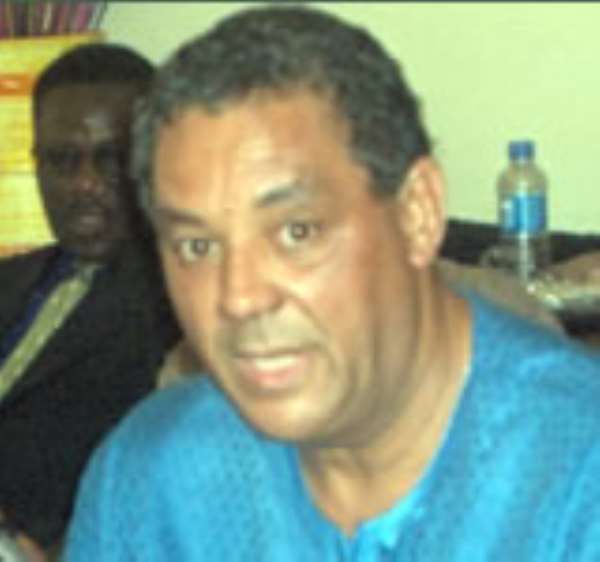 Tourism minister Jake Obetsebi Lamptey is optimistic that is ministry's target of raking in $1. 5 billion from tourism receipts by 2007 can be achieved.

The target set by the ministry is considered by some to be highly ambitious, but Mr Obetsebi Lamptey says the $1.5bn target is no longer a dream. The minister's optimism has been further boosted by the expectation that the country would by the end of this year, 2006, derive almost $1 billion from tourism.

Speaking at the 1st dailyEXPRESS BREAKFAST SERIES at the Alisa Hotel in Accra, the minister said tourism receipts as at September is approximately $640 million with a total of three hundred and twenty three thousand, one hundred and fifty- six tourists coming into the country within the same period.

Mr Obetsebi Lamptey whose ministry is pursuing a number of far reaching interventions to propel the country's tourism industry told the gathering that they are working hard, in collaboration with the private sector to improve on tourism locations and the marketing of the country's tourist potentials abroad.

Citing Malaysia as an example where their tourism revenue is said to be growing number f tourist arrivals, the minister argued that Ghana also has the potential to grow its tourism, adding that unlike our gold and cocoa, tourism has no limits. He lamented that over forty per cent of hotels in Accra alone, explaining that visiting tourists must be encouraged to travel across the country and experience the cultures and adventures of our country side.

The minister who was happy with the presence of a number of media managers at the Break fat forum, pleaded for greater collaboration with the media in educating the public about the potentials of tourism and how everyone can assist to make tourists feel welcome in Ghana.

Touching on the highly publicized Joseph Project, Mr Obetsebi Lamptey asked the media and industry players present at the forum to get involved, announcing further that the ministry will soon launch an “Anyemi Project”.

The project which is tied to the Joseph project is intended to get Ghanaians to welcome the 'slave returnees' as brothers and not as strangers with the usual “Obroni” greeting.

Director of TV at the Ghana Broadcasting Corporation, Kofi Bucknor decried the absence of public and private restrooms along the country's major roads.

He proposed the establishment of restrooms and rest stops which by themselves will encourage both foreign and domestic tourists, to stop, pick an artifact or two from the locality and also spend some money before continuing their journey.

Responding, the president of the Car Rental Association, David Nana Anim said Mr. Bucknor's observation and suggestion should be a challenge to the private sector.

According to him, there's lot of money in tourism and charged business people to take up the challenge and make the country a tourism friendly and focused one

He also praised the minister for his personal efforts and presence at major tourism events at which he spares no time in promoting Ghana's tourism potential.

He called for the support of all stake holders to get every fuel station to have usable washrooms even if for a fee for non- fuel buying clients.

He also welcomed the suggestion from Mr Bucknor explaining that currently tourists to Ghana spends on average $1974 during their stay and any other activity that will get them to spend more should be encouraged.