US to ban Sudan officials who hold up post-coup transition 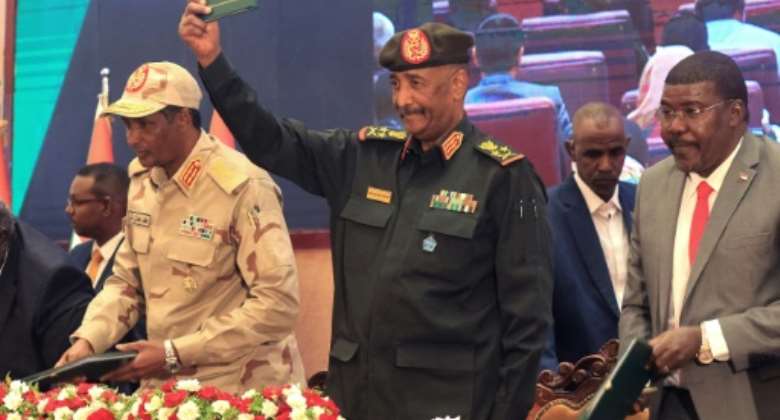 The United States said Wednesday it would bar visas to any current or former Sudanese officials who hold up a transition to democracy, hoping to boost a tentative deal between the military and civilians.

Secretary of State Antony Blinken voiced US support for the initial agreement announced Monday, which some pro-democracy protesters see as falling short on specifics and timelines.

"Recognizing the fragility of democratic transitions, the United States will hold to account spoilers -- whether military or political actors -- who attempt to undermine or delay democratic progress," Blinken said in a statement.

The ban would also apply to immediate family members of any current or former officials targeted. The State Department did not list who would be affected.

"We once again call on Sudan's military leaders to cede power to civilians, respect human rights and end violence against protesters," Blinken said.

"At the same time, we urge representatives of Sudan's civilian leaders to negotiate in good faith and place the national interest first."

The United States following the coup suspended $700 million in aid that was meant to help Sudan cope economically as it moves toward democracy.

The latest US step is an expansion of visa restrictions imposed during the first stage of Sudan's democratic transition.