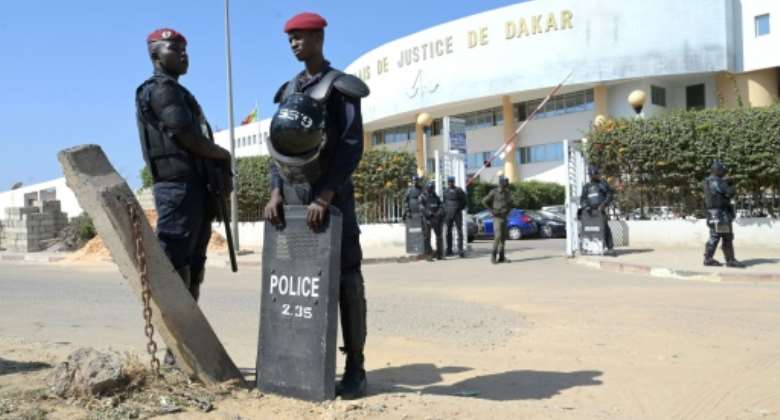 Ousmane Sonko -- who came third in Senegal's presidential election in 2019 -- has enjoyed a rapid political rise thanks in part to his popularity with young people and has declared himself a candidate for the 2024 elections.

However, he has also suffered legal troubles. Most notably he has been accused of rape by Adji Sarr, an employee of a beauty salon where Sonko went for a massage.

Sonko has denied the charge.

Both sides accused the other of refusing to answer questions at a hearing before an investigating judge at a Dakar courthouse, according to comments they made to the local media. A large security detail was deployed around the building during the hearing.

Sonko's lawyer Henri Gomis told reporters that it was "up to (the plaintiffs) to bring evidence of the accusations of rape".

"They have not given any evidence," he said at the end of the hearing. "The case must be dismissed."

Sarr's lawyer said it was Sonko who was not being cooperative.

"Ousmane Sonko refused to answer the questions of the prosecution and the lawyers," El Hadji Diouf said, adding that "the evidence will come out" if a trial is set.

Sarr told reporters at the court she was disappointed Sonko had refused to speak.

"He did not answer the head of the judges, lawyers and prosecutors. I answered their questions," she said.

Sonko has described the rape accusation as part of a "plot" to torpedo his 2024 candidacy.

The polarising politician is considered a populist firebrand by his critics.

Sonko's supporters hail his efforts to speak up on corruption and social elitism, as well as slamming the economic and political grip of multinational firms and Senegal's former colonial power, France.

His indictment in March 2021 triggered violence in which around a dozen people were killed.

In recent years, several other prominent opponents of the president have had their political careers cut short by legal cases.

Authorities have denied any misuse of state institutions in the legal proceedings against Sonko.