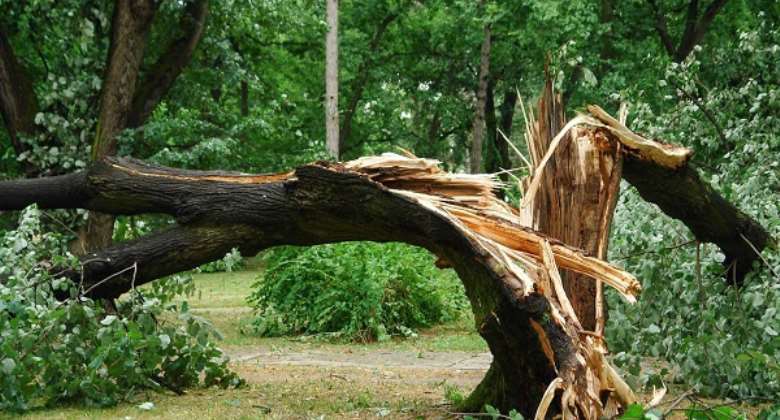 A 65-year-old cocoa farmer met her untimely death after a tree fell on her in a bush at Mankranso in the Ahafo Ano South West District of the Ashanti Region.

The lifeless body, identified as Madam Habiba was reportedly found by some family members who had thronged to the farm in search of her after she spent more than the usual time in the bush on Sunday, December 5, 2022.

According to relations of the deceased, she had earlier informed them she was going to work on one of her farms but delayed more than the usual time she returns home.

Several hours after she failed to return, they raised suspicion and traced to the farm where they spotted her trapped under a fallen tree dead.

Some of the family members who spoke to this reporter said they suspect the tree fell during a torrential downpour accompanied by a heavy storm in the area.

Her body has since been buried by the family immediately after she was recovered from the bush.